The annual event benefits the non-profit God's Love We Deliver.

Hudson stunned in a plunging floral dress designed by Michael Kors, who was also present at the event. Teigen turned heads in a black dress with floral appliqués before joining husband John Legend inside the venue.

Model Iman and Vogue editor-in-chief Anna Wintour were among the other celebrities at the fundraiser. The annual event benefits God's Love We Deliver, which provides high-quality meals to people living with HIV/AIDS, cancer and other illnesses.

Model Karlie Kloss, restaurateur Danny Meyer and mathematician Wing Tat Leung received awards for their contributions to their communities. Hudson, Kors and Wintour are among the organization's co-chairs.

Hudson also promoted the Watch Hunger Stop campaign on Instagram this week. She and Kors partnered with the United Nations World Food Programme to feed hungry children around the world.

"Always love supporting this campaign with @michaelkors #WatchHungerStop He has done phenomenal things with this initiative and has brought millions of meals to those in need. We continue to march forward and hope for the end of world hunger," she wrote.

Hudson will next star in the Thurgood Marshall biopic Marshall with Chadwick Boseman. 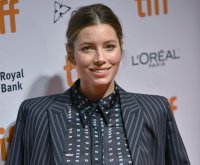 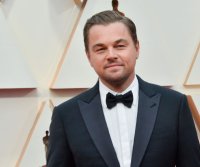 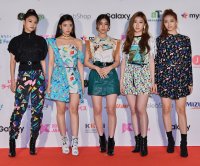 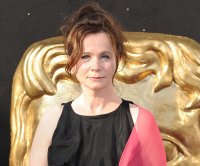