The couple married in 2007 and share a 9-year-old daughter. 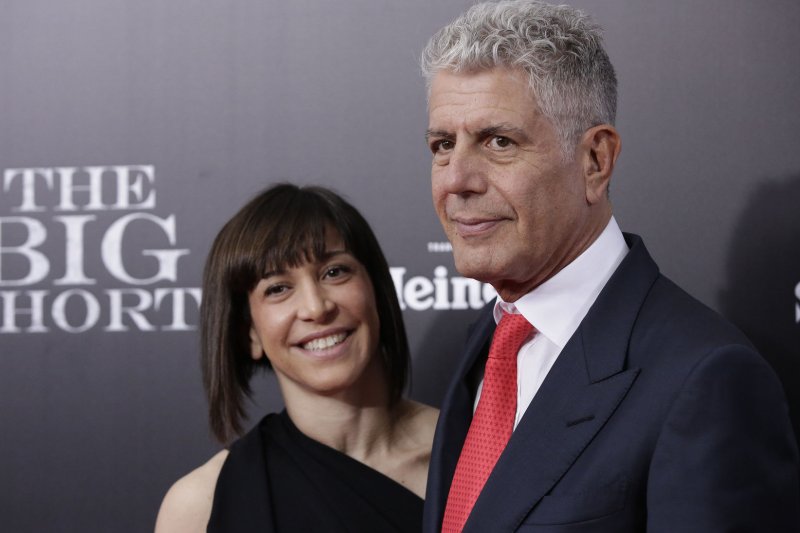 "They've been separated for a while," a source revealed. "There was no one else involved."

Bourdain's rep had no comment, although Busia told the publication that "nothing has changed" about her relationship with the Parts Unknown host. She and Bourdain married in 2007 and share 9-year-old daughter Ariane.

"Because of professional decisions we both have made, my husband and I have been for years in an unconventional relationship," Busia said. "We love each other. We respect the decisions the other has made. And we'll always consider ourselves a family."

Bourdain was previously wed to his high school sweetheart, Nancy Putkoski. He had appeared to describe his family with Busia as "dysfunctional" while promoting his cookbook Appetites in a recent interview with People.

"I have a completely dysfunctional... I love my family but it's not an ordinary family," he said. "If I'm not traveling, I'm pretty much doing jack [expletive] on a Friday night. I'm going to bed when my nine-year-old decides to go to bed."

Bourdain and Busia seemed friendly enough in a photo the MMA fighter shared on Instagram in late August. Bourdain is also known for the shows Anthony Bourdain: No Reservations and The Layover.

Yup, it happened, I put on a gi today! Thanks @lucaslepri for the great training! 📸 @jeffreyschu