Edward Albee arrives for the formal Artist's Dinner honoring the recipients of the 2012 Kennedy Center Honors hosted by United States Secretary of State Hillary Rodham Clinton at the U.S. Department of State in Washington, D.C. on December 1, 2012. Albee died Sept. 16, 2016 at the age of 88. File Photo by Ron Sachs/Pool | License Photo

NEW YORK, Sept. 17 (UPI) -- Tony Award-winning playwright Edward Albee has died after a short illness at his home in Montauk, N.Y. He was 88.

Among Albee's estimated 30 works are The Zoo Story, Who's Afraid of Virginia Woolf?, The Goat, or Who Is Sylvia?, Tiny Alice, A Delicate Balance, Seascape, Three Tall Women, Me Myself & I and Edward Albee's Peter and Jerry.

"All of my plays are about people missing the boat, closing down too young, coming to the end of their lives with regret at things not done," Albee said in 2012.

Playbill reported that several years ago, before Albee underwent extensive surgery, he penned a note to be released at the time of his death.

"To all of you who have made my being alive so wonderful, so exciting and so full, my thanks and all my love," the message said. 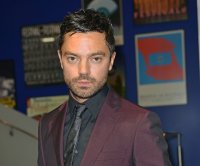 Entertainment News // 19 hours ago
Demi Lovato says she felt 'so liberated' after cutting her hair
April 13 (UPI) -- Demi Lovato said she cut her hair to free herself from gender and sexuality norms.