Amber Rose: 'I didn't really want to be a celebrity'

The onetime music video model has her own talk show and millions of followers today. 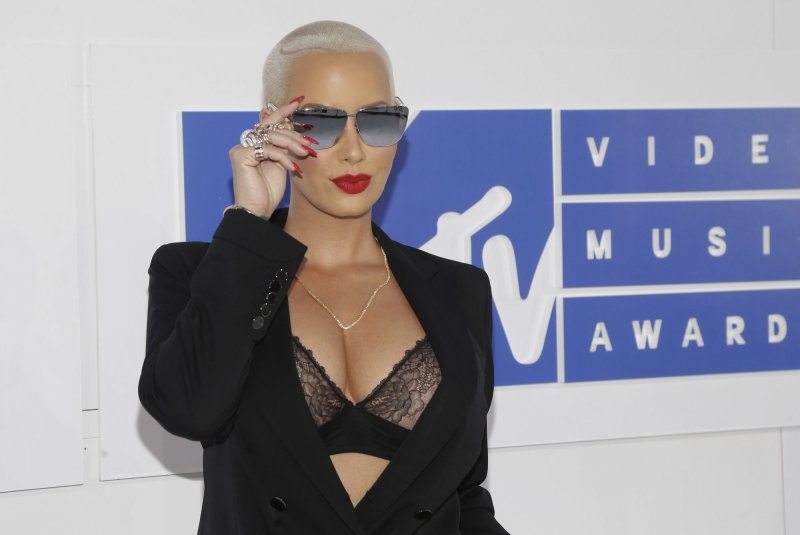 The 32-year-old talk show host and Dancing with the Stars Season 23 contestant told Harper's Bazaar that fame caught her off guard following her relationship with rapper Kanye West.

"I didn't really want to be a celebrity," she insisted. "It just kind of happened to me. Without even asking, the paparazzi is following me around and I'm like, 'I'm just a regular girl from Philly. I don't know why you guys are following me. This is really weird.'"

Rose, who dated West from 2008 and 2010, has increasingly been in the spotlight since. She now has nearly 16 million followers on social media, and launched her own VH1 talk show, The Amber Rose Show, in July.

"I think you need a very strong mind to be on social media because people are mean and ignorant out there," the star said. "Now I still see those things but I'm completely over it. I threw negativity out the window and just live my life for me and my baby."

Rose shares a 3-year-old son, Sebastian Taylor Thomaz, with ex-husband and rapper Wiz Khalifa. The television personality recently told the Daily Beast that she only credits West for her immediate celebrity.

"I didn't ask to be famous," the star insisted. "Over time, with going out in public, I realized it would never go away, so I didn't have any choice but to progress. Everything I've done since is my own doing, and I've worked my [expletive] off for everything I have."

Rose was announced for Dancing with the Stars Season 23 last week and will partner with Maksim Chmerkovskiy. The ABC reality competition will return to television Sept. 12.