The model and fiancé Rob Kardashian announced they're expecting in May. 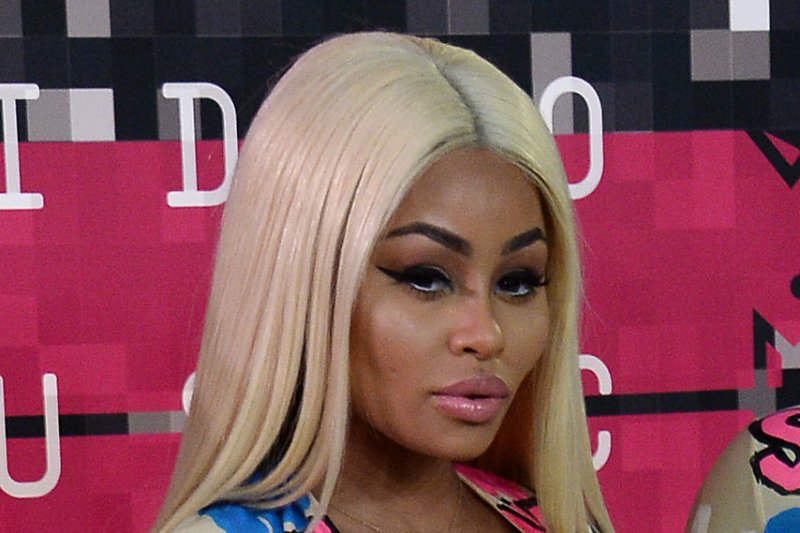 The 28-year-old model, who is pregnant and expecting her first child with fiancé Rob Kardashian, stripped down for the publication's September issue.

"Always be yourself, express yourself, and have faith! Thank you @papermagazine," the star captioned a photo of her cover on Instagram.

Blac Chyna and Kardashian got engaged in April after three months of dating and announced the model's pregnancy the next month. The couple will document their romance on the new E! series Rob & Chyna, which premieres Sept. 11.

"I'm excited about fans getting to know me as a person and not as a thing or face," Blac Chyna said in the interview. "I'm funny and smart, and they'll see me as a mom with several businesses just keeping everything together."

"I'm looking forward to showing my relationship with Rob, our day to day, our struggles and what we're dealing with, positive and negative," she added. "I hope when people think about Blac Chyna, they think of a mogul and entrepreneur."

Blac Chyna, who is already mom to 3-year-old son King with Tyga, had clashed with Kardashian in a first trailer for Rob & Chyna. The preview sees the model blow up at her fiancé and demand to know if he is texting other women.

Super excited to share these moments 💕Thank u @PAPERMAGAZINE

Blac Chyna's future sister-in-law Kim Kardashian famously went nude for the Winter 2014 issue of Paper. The 35-year-old reality star recently told GQ that she and her family are "all on board" with Blac Chyna and Kardashian's relationship.

Music // 21 hours ago
Charli XCX cancels shows: 'I have completely lost my voice'
May 27 (UPI) -- "Beg for You" singer Charli XCX is on vocal rest and will no longer perform planned shows in Europe and the U.K.