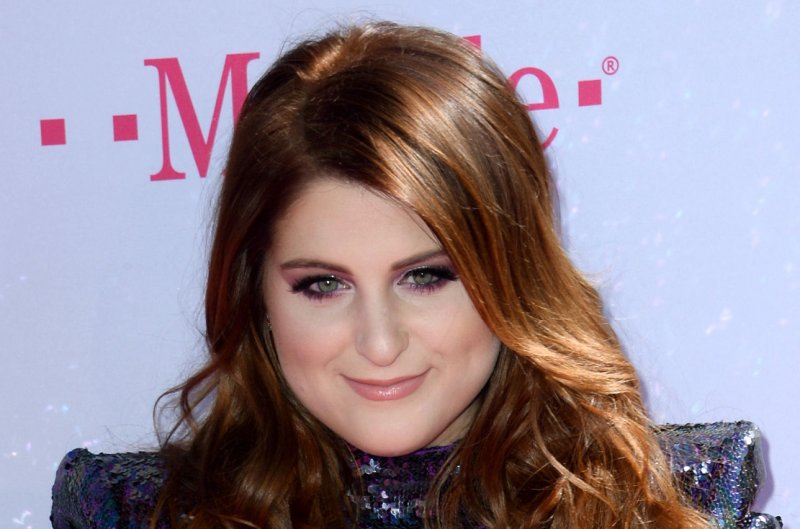 Singer Meghan Trainor attends the annual Billboard Music Awards at the T-Mobile Arena in Las Vegas, Nev., on May 22, 2016. Trainor said she's been brushing up on the presidential election and is ready to vote. File photo by Jim Ruymen/UPI | License Photo

Recording artist Meghan Trainor attends Nickelodeon's Kids' Choice Awards at The Forum in Inglewood, California on March 12, 2016. She says she's been brushing up on the presidential election and is ready to vote. File photo by Jim Ruymen/UPI | License Photo

Singer Meghan Trainor, winner of the Best New Artist award, appears backstage at the 58th annual Grammy Awards held at the Staples Center in Los Angeles on February 15, 2016. She said she's been brushing up on the presidential election and is ready to vote. File photo by Phil McCarten/UPI | License Photo

SEATTLE, July 19 (UPI) -- Pop star Meghan Trainor says that despite what a recent magazine article said, she's been brushing up on the presidential election and is "ready" to vote.

Trainor, 22, was quoted in a Billboard article last week as saying: "I should be way more aware and if it was [Hillary Clinton] or Trump, I'd definitely vote for her. But I've never voted and I don't have any desire to."

The magazine said she "tunes out" when anyone brings up the election.

Trainor says those quotes were published out of context, ET reported this week.

"I wanted to learn more about both parties and it's one of the biggest elections of all time," she said backstage during a Seattle concert stop for her Untouchable Tour. "It's such a big deal and I figured it out, and I am ready. I'm ready to vote."

Trainer, who exploded on to the pop music scene two years ago with All About that Bass, said she is still trying to get used to fame as she travels the country this summer.

"Last night, I went to Cheesecake Factory and my security guard [said], 'Do you want me to come with you?' and I was like, 'No, dude. It's Cheesecake! I will be fine. I got in there and I got swamped. Ah, maybe I should have had [security] come with me!"