"Like most women, I fuss about a few things I wish I could change," the actress admitted. 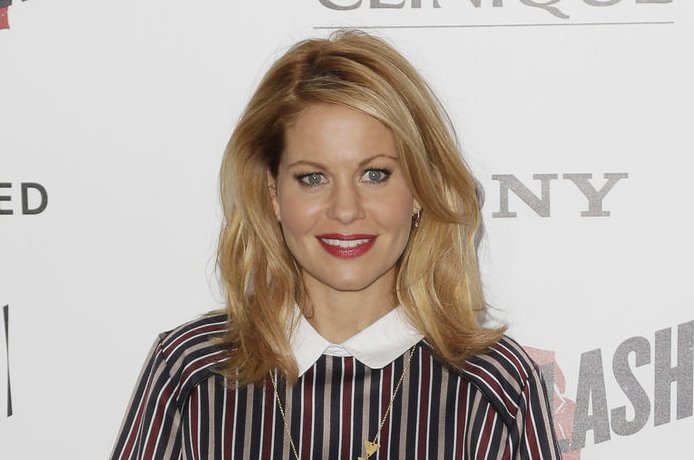 Candace Cameron Bure at the New York premiere of "Ricki and the Flash" on August 3, 2015. The actress keeps fit by eating mostly vegan and working out five days a week. File Photo by John Angelillo/UPI | License Photo

The 40-year-old actress and television personality shared her diet and exercise regime with fans in an interview with Cosmopolitan published Wednesday.

"I keep a fairly strict diet. My job depends on it," she said. "Like most women, I fuss about a few things I wish I could change. [But] I am at my best weight and fitness level considering my lifestyle."

Bure sticks to a mostly vegan diet, relying on nuts, seeds, beans and whole grains for protein. She also avoids dairy, which previously caused irritable stomach issues and puffiness in her face and body.

"At home in L.A., my husband Val cooks, so we eat dinner at home most nights," the actress said of husband Valeri Bure. "I don't love cooking, so when I'm on my own in New York, I tend to eat prepared foods, like lentil soup."

Bure also keeps healthy by working out for an hour at least five days a week. The View host has been open about her past struggle with bulimia and discussed her experience with Entertainment Tonight in May.

"I kind of lost my identity in a sense, and what happened was I turned to food for comfort when my husband was traveling and when I was alone," she shared. "I had a very unhealthy relationship with food that turned into bulimia."

"I dealt with it for several years but it wasn't about body image and trying to feel good," the actress revealed. "It was about trying to find comfort or fill voids within myself." 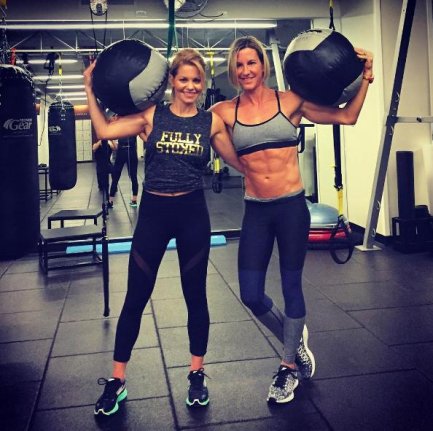 Bure is best known for playing D.J. Tanner on Full House and its spinoff sequel, Fuller House, which was renewed for a second season in March. She joined The View as a permanent co-host in Season 19.

Paris Jackson says tattoos cover scars from past 'self-hatred' Blake Lively on her family: 'That's where my everything is' Janet Jackson's pregnancy going well, says brother Tito Khloe Kardashian: Stylists rejected me for being 'too big'

Movies // 2 hours ago
Michael Urie: 'Single All the Way' is 'a regular old rom-com'
LOS ANGELES, Dec. 1 (UPI) -- Michael Urie discusses his Netflix movie "Single All the Way," out Thursday, in which he plays a gay man falling for his platonic friend over the holidays.

Movies // 13 hours ago
What's coming to Redbox in December
Nov. 30 (UPI) -- Big films like "Dear Evan Hansen," "Venom: Let There Be Carnage," "The Many Saints of Newark" and "The Mitchells vs. The Machines" are coming soon to Redbox. 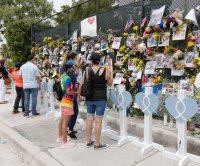