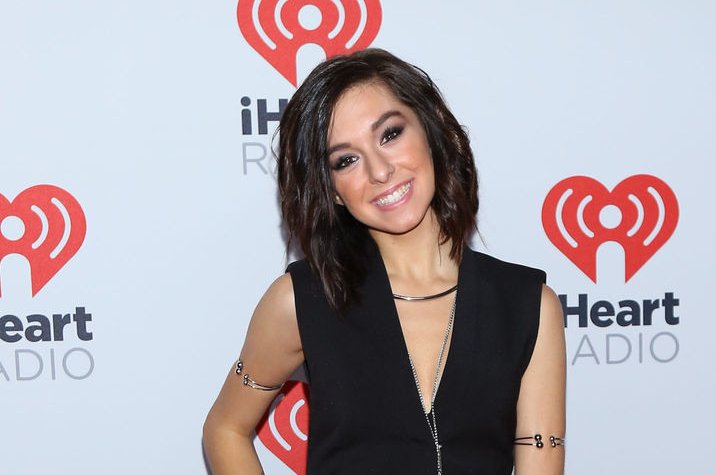 Singer and former "The Voice" contestant Christina Grimmie, 22, was shot and killed after a concert at the Plaza Live Theater in Orlando on Friday night. A man armed with two guns approached Grimmie and opened fire as she was signing autographs with the band Before You Exit. Her brother tackled the gunman, who fatally shot himself in the head. Photo by James Atoa/UPI | License Photo

Grimmie, who gained fame after competing on NBC's The Voice, was the target of a deliberate attack, police said.

Grimmie, 22, of Marlton, N.J., was signing autographs and selling merchandise with the band Before You Exit at the Plaza Live Theater when a man armed with two guns walked up to her and opened fire around 10:30 p.m. Friday, Orlando Police Sgt. Wanda Miglio said.

The gunman fatally shot himself after Grimmie's brother Marcus tackled him, according to authorities.

"He came here to commit this crime and had plans to travel back to where he came from," he said.

Mina said it doesn't appear Grimmie knew Loibl. Detectives were en route to search his residence and no motive is known at this time, he added.

A note taped to the front door of Loibl's family's home in St. Petersburg expresses "deepest sorrow" for Grime's death and said family members would have no further comment.

#BREAKING- this note on the door of Kevin Loibl's family home in St. Pete- Police say he killed @TheRealGrimmie pic.twitter.com/DN6K5nZUrE

Grimmie's brother was credited with preventing anyone else present from being injured.

"Her brother is a hero for saving and stopping him from not hurting anyone else," Orlando police spokeswoman Wanda Ford told CNN.

Mina said the Loibl "approached her and opened fire, striking her." The police chief said concertgoers were searched when they arrived, but no metal detectors were used.

About 120 people were in the theater when the shooting occurred. No other injuries were reported.

"This should have been something that was fun and exciting, and for something like this to happen is just a tragedy," Miglio said.

The venue is still closed while the investigation continues.

Mina said he couldn't recall any similar, violent incidents at the theater.

"I think it's important to note the type of crowd that attends this," said Mina. "We're talking about young kids. This isn't a crowd that you would expect would be carrying a gun to a venue like this."

Grimmie was discovered on YouTube where she gained a following for her music before auditioning for The Voice. She finished in third place in Season 6, which aired in 2014.

Her cover of Miley Cyrus' "Wrecking Ball" earned a four-chair turnaround from the judges during her audition.

She competed on Adam Levine's team. Although though she placed third, Levine offered her a record deal through 222 Records. She went with Island Records and was working on an album that was set for release this fall.

"I'm sad, shocked and confused," Levine wrote in an Instagram photo of he and Grimmie, apparently posted after the news of the shooting went public, but prior to her death.

I'm sad, shocked and confused. We love you so much Grimmie. We are all praying hard that you can pull through this...this just isn't fair.

The day of the shooting Grimmie shared a video to her Twitter account encouraging fans to attend the show.

ORLANDO!! Come out to the show tonight at the Plaza Live! Starts at 7:30!