Beyonce shares collection of family photos on Instagram: 'I love you guys so deep' 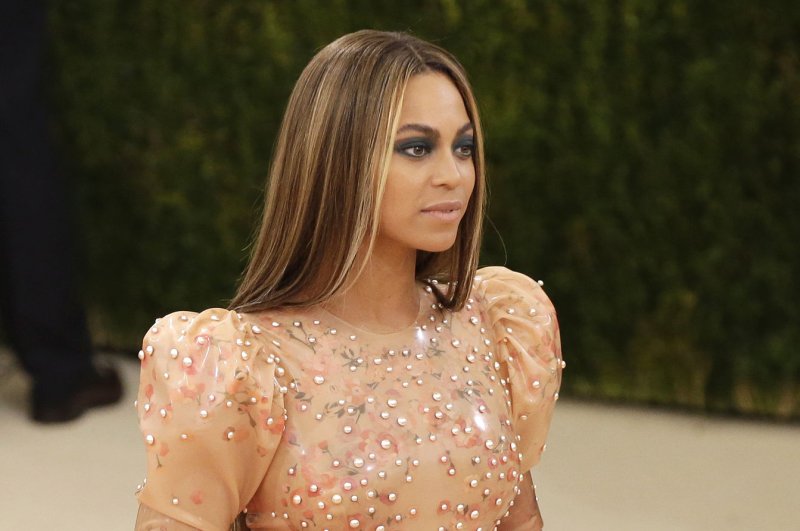 Beyonce arrives on the red carpet at the Costume Institute Benefit at The Metropolitan Museum of Art celebrating the opening of Manus x Machina: Fashion in an Age of Technology in New York City on May 2, 2016. Beyonce shared personal family photos on social media. File Photo by John Angelillo/UPI | License Photo

Beyonce and Jay-Z arrive on the red carpet at the Costume Institute Benefit at The Metropolitan Museum of Art celebrating the opening of China: Through the Looking Glass in New York City on May 4, 2015. File Photo by John Angelillo/UPI | License Photo

LOS ANGELES, May 27 (UPI) -- Beyonce has taken to social media to share a collection of personal family photos.

"My beautiful Father, Sis and Mother. I love you guys so deep," the pop star wrote on Instagram Thursday alongside a short video clip of her parents Tina Knowles-Lawson, Matthew Lawson and sister Solange posing together.

More photos were uploaded including a selfie with Lawson and a mini collage of polaroids featuring her father holding up her 4-year-old daughter Blue Ivy.

The pictures were taken, according to People magazine, during the singer's May 7 stop in Houston as part of her Formation Tour.

My beautiful Father, Sis, and Mother. I love you guys so deep. ❤️❤️❤️❤️

In 2011, Lawson and Beyonce's mother divorced the same year she severed ties with her father who had managed her career starting with her time as part of Destiny's Child.

The photos come after the release of her latest album Lemonade, which due to it lyrical content, fans speculated was about either Lawson or her husband, rap mogul Jay Z, when it came to issues of infidelity.

On Tuesday, Jay Z addressed Lemonade in a new song, "All the Way Up" remix, which also featured rappers Fat Joe, Remy Ma, French Montana and Infared. "You know you made it when the fact/Your marriage made it is worth millions/Lemonade is a popular drink and it still is," he is heard rapping.