The singer revealed she and her husband are "planning" their family. 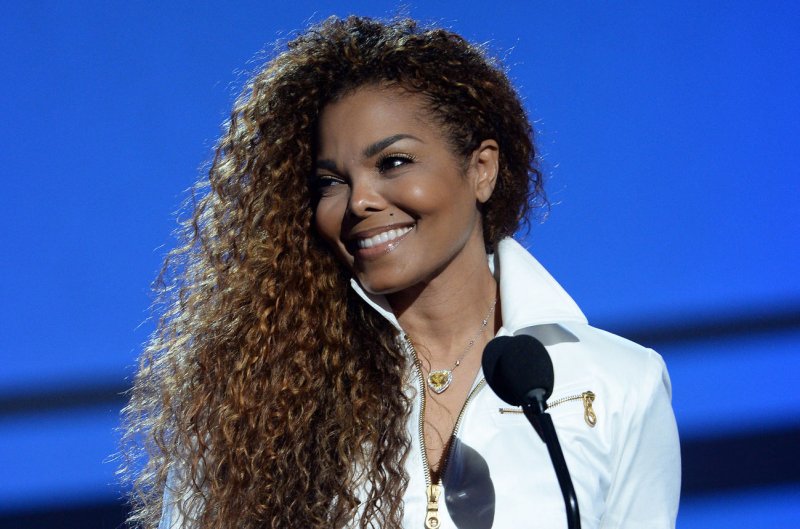 Janet Jackson at the amfAR Cinema Against AIDS gala on May 23, 2013. File Photo by David Silpa/UPI | License Photo

Janet Jackson at the amfAR Cinema Against AIDS gala on May 24, 2012. File Photo by David Silpa/UPI | License Photo

LOS ANGELES, May 4 (UPI) -- Janet Jackson is reportedly pregnant with her first child.

Us Weekly confirmed the 49-year-old singer is expecting with husband Wissam Al Mana after Entertainment Tonight reported the news Wednesday.

Word of Jackson's pregnancy comes a month after she announced she will delay the European leg of her Unbreakable world tour. The singer revealed at the time she and Al Mana are planning a family.

"We're in the second leg of the tour and there actually has been a sudden change," the star said in a video to fans. "I thought it was important that you be the first to know."

"My husband and I are planning our family, so I'm going to have to delay the tour," she explained. "Please, if you can try to understand that it's important that I do this now. I have to rest up, doctor's orders."

Jackson and Al Mana, a 41-year-old Qatari businessman, have been together since 2010 and married in 2012. The singer discussed the possibility of children with Harper's Bazaar in 2009 following her split from Jermaine Dupri.

"Sure, I'd adopt," she told the magazine. "And I think that if I'm really supposed to have kids, it will happen, if that's God's plan for me."

Jackson will celebrate her 50th birthday May 16. The singer released her 11th studio album, Unbreakable, in October, which debuted at No. 1 on the Billboard 200 and includes the singles "No Sleeep" and "Dammn Baby."