Actor Patton Oswalt, the voice of Remy in the Pixar animated motion picture "Ratatouille," attends the premiere of the film with his wife Michelle McNamara in Los Angeles on June 22, 2007. File Photo by Jim Ruymen/UPI | License Photo

LOS ANGELES, May 1 (UPI) -- Comedian and actor Patton Oswalt, who is grieving since the unexpected death of his wife last month, shared a quote from his heartbroken 7-year-old daughter Sunday.

"She wrote lines that stung & hummed. 13 years in her presence was happily humbling. #RIPMichelleMcNamara," read his Friday Twitter post.

McNamara died in her sleep at the age of 46. The cause of her death has not been publicly disclosed. 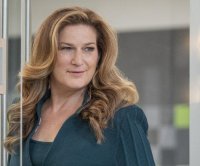 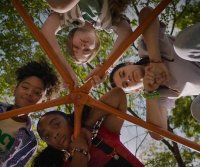 Movies // 1 hour ago
Sundance movie review: 'Summering' is a winner for both kids and adults
LOS ANGELES, Jan. 25 (UPI) -- "Summering," which premiered virtually at the Sundance Film Festival, is about four girls approaching middle school who have one last summer adventure. The film itself should appeal equally to kids and grown-ups.

Movies // 4 hours ago
Sundance movie review: 'Resurrection' is an intense, creepy thriller
LOS ANGELES, Jan. 24 (UPI) -- "Resurrection" is a shocking thriller that puts Rebecca Hall at the mercy of Tim Roth, but she's more than equipped to fight back.