By
Daniel Uria and Shawn Price 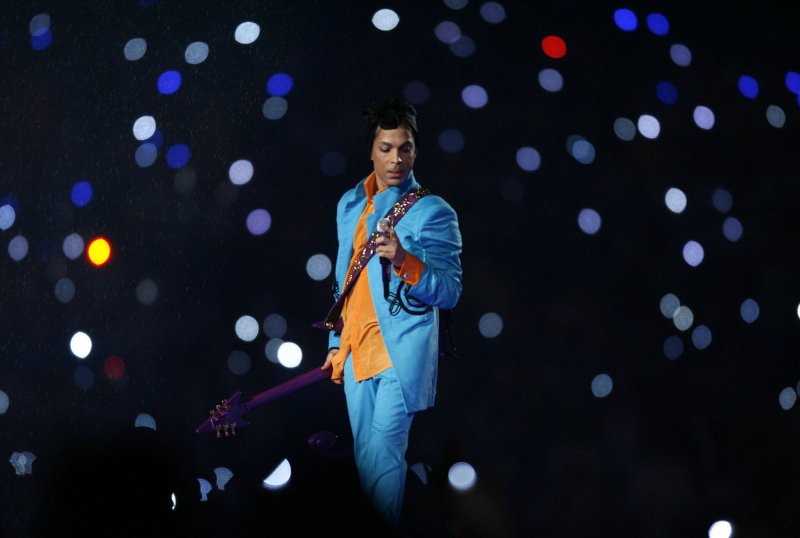 Prince performs during halftime at Super Bowl XLI at Dolphin Stadium in Miami in 2007. The performer died Thursday at age 57 at his estate in Minnesota. File Photo by Gary C. Caskey/UPI | License Photo

Prince won seven Grammy awards and earned 30 nominations throughout his career. He also won an Oscar for the original score of the 1984 film "Purple Rain." File Photo by Terry Schmitt/UPI | License Photo

Prince has died at his estate in Minnesota at age 57. File Photo by UPI/Jim Ruymen | License Photo

Prince's publicist confirmed the singer's death after a fatality was reported at his home earlier in the day.

Carver County Chief Deputy Jason Kamerud confirmed a medical call at 9:43 a.m. and KMSP's Ted Haller was able to confirm that emergency vehicles were outside the home on Thursday morning.

He had been battling the flu for several weeks and was briefly hospitalized after his private plane made an emergency landing Friday in Illinois.

TMZ is reporting Prince was actually treated for an overdose at the Illinois hospital, where doctors administered a "save shot" used to counteract the effects of opiates.

Prince was advised to remain in the hospital for 24 hours, sources told TMZ, but when his people were told he could not get a private room, the group left the hospital shortly after -- with Prince reportedly in bad condition -- and flew 48 minutes back to Minneapolis.

Authorities in Minnesota are trying to obtain the hospital's records to help determine the cause of his death, TMZ said.

President Barack Obama, who had hosted Prince for a private concert at the White House, called him a "creative icon."

"He was a virtuoso instrumentalist, a brilliant bandleader, and an electrifying performer," Obama said in a statement released by the White House.

Prince, born Prince Rogers Nelson in 1958, was inducted into the Rock and Roll Hall of Fame in 2004 for his work as a singer, songwriter, producer and instrumentalist.

"I embarked on a journey more fascinating than I could ever imagine," he said during his induction speech.

Prince was writing a memoir that was due out next year.

In 1978, he released his self-produced debut album For You at age 19, making him the youngest record producer in the history of Warner Bros. at the time.

He then produced the hit "I Wanna be Your Lover" from his self-titled second album, which peaked at No. 11 on the Billboard Hot 100 chart.

Throughout the rest of his storied career, he won seven Grammys and earned 30 nominations and also won an Oscar for the original score of the 1984 film Purple Rain.

He continued to perform just weeks before his death, embarking on a "Piano and Microphone Tour" that began in February.