"I feel like people are kind of confused about gender norms," the actor said.

The 17-year-old actor discussed his take on gendered clothing with GQ Style U.K. after landing a womenswear campaign with Louis Vuitton in January.

"I'm not saying that I get it, I'm just saying that I've never seen any distinction," he explained. "I don't see man clothes and woman clothes. I just see scared people and comfortable people."

Smith wore a patterned skirt and leather jacket in Louis Vuitton's spring/summer women's campaign. The teenager is known for his sometimes-unconventional fashion choices, which have included dresses and a Batman costume.

"I'm just expressing how I feel inside, which is really no particular way because every day it changes how I feel about the world and myself," he told GQ in June.

"I like wearing super drapey things so I can feel as though I'm a superhero, but don't have to necessarily wear superhero costumes everyday," he added of his Batman suit.

Smith is the son of actors Will Smith and Jada Pinkett Smith and brother to 15-year-old Willow Smith. The teenager will play Marcus "Dizzee" Kipling in new Netflix series The Get Down as he continues his goal of building a utopia on Earth.

"I'm really working towards just fixing the whole planet Earth," he told GQ Style U.K. "I really want to make it so that people don't have to die to pay bills and just work to survive. So that they can work to actually live and do the things that they love to do."

TV // 1 hour ago
The CW's new fall season begins in October
June 15 (UPI) -- The CW announced premiere dates for its Fall 2021 schedule throughout October and November.

Music // 6 hours ago
Seventeen shares 'Ready to Love' music video teaser
June 15 (UPI) -- K-pop group Seventeen released a preview of its video for "Ready to Love," the title track from its EP "Your Choice."

Entertainment News // 11 hours ago
Nintendo announces 2D 'Metroid,' showcases 'Breath of the Wild 2' at E3
June 15 (UPI) -- Nintendo held its annual E3 Direct presentation on Tuesday where it announced a new 2D "Metroid" game and provided a new trailer for "The Legend of Zelda: Breath of the Wild 2." 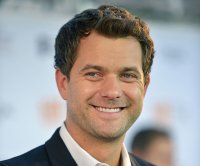 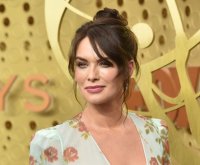