The former NBA player moved from the hospital to a private facility in January. 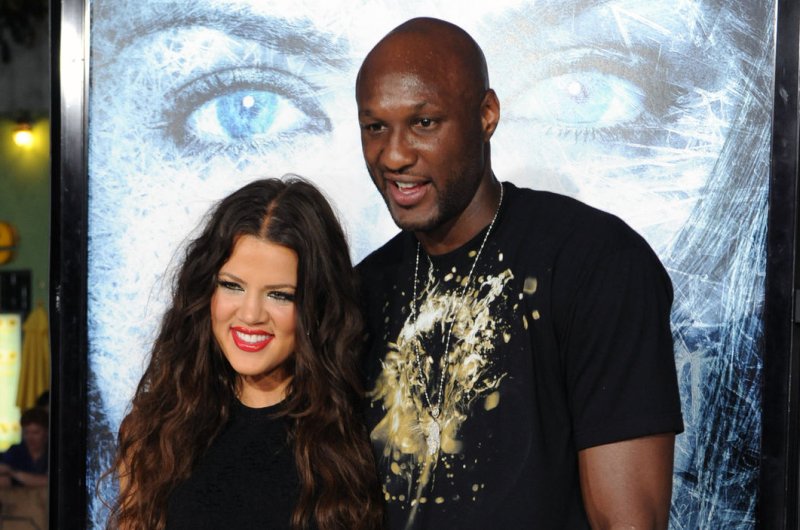 Khloe Kardashian (L) and Lamar Odom at the Los Angeles premiere of "Whiteout" on September 9, 2009. The estranged couple went on a hike Sunday. File Photo by Jim Ruymen/UPI | License Photo

The 36-year-old former NBA player joined his 31-year-old estranged wife and 35-year-old sister-in-law on a sunny hike near their Calabasas homes prior to Super Bowl 50.

Kim live-streamed the outing on her app and website but did not fully reveal Odom on camera. She did share a photo on Instagram, writing, "Super Soul Sunday time before Super Bowl Sunday time with Khloe & Lamar."

Sources told TMZ the hike was Odom's first outdoor exercise since transferring to a private facility in January. The basketball player was hospitalized for nearly three months after being discovered unconscious in a Las Vegas brothel in October.

"He's great," Khloe said of Odom on The Ellen DeGeneres Show in January. "He loves family time. So he's been doing really good. I think it makes him feel good to be around everyone, too, and to just be in a happy environment over obviously where he was."

Odom reportedly did great on the hike and "made it the whole way without any issues." Khloe posted about working through "sorrow and loss" and "pain and sadness" after the outing, saying, "One day, all of our trials and tribulations will add up and make perfect sense."

"You may have had unfair things happen, but know that the depth of your pain is an indication of the height of your future," she quoted before adding, "Everything happens for a reason... right?! I'm a firm believer of this saying. We may not understand why we have to walk a certain path or why when it rains, it pours but trust that God has a plan."

Khloe called off her impending divorce to Odom after the former NBA star was hospitalized. She later clarified their relationship is not romantic, and is presently dating Houston Rockets shooting guard James Harden.

Entertainment News // 1 hour ago
Telenovela star Pablo Lyle receives 5-year sentence for road rage manslaughter
Feb. 4 (UPI) -- Pablo Lyle, a Mexican actor known for his telenovela roles, was sentenced to five years in prison minus time served after he was convicted of manslaughter stemming from a March 2019 road rage incident.

Music // 7 hours ago
Stevie Wonder to perform at the Grammy Awards
Feb. 4 (UPI) -- Stevie Wonder, Smokey Robinson and Chris Stapleton have been booked to perform together at the 65th annual Grammy Awards ceremony at Crypto.com Arena in Los Angeles on Sunday.

Entertainment News // 1 day ago
Grammys: How to watch, what to expect
Feb. 3 (UPI) -- The 65th annual Grammy Awards will take place Sunday at Crypto.com Arena in Los Angeles.
Advertisement