UPI Spotlight: Wayne Brady on his 'Kinky Boots' character: 'I am Lola'

"There is a time to be grand and turn on your star-shine and go, and then there is a time to be sensitive and to really feel, and I don't think you can truly be as effervescent as Lola is without having a true well of emotion, and that's who I am," Brady told UPI. 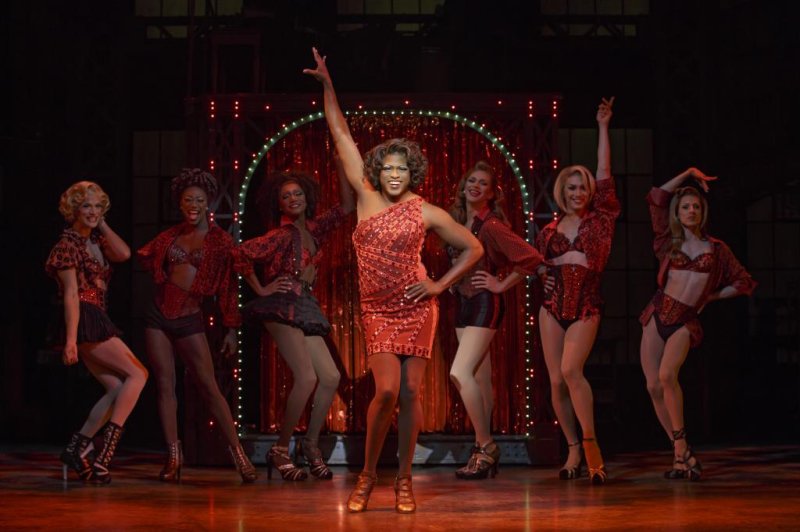 The 43-year-old Georgia native is bringing down the house in the show, Cyndi Lauper and Harvey Fierstein's feel-good musical about how Andy Kelso's Charlie, the young owner of a struggling, small-town shoe factory in England, teams up with Brady's Lola to design and manufacture specialty footwear for female impersonators. The new direction not only revitalizes the company, but also opens up the world for the men and women who work there.

The role requires Brady to play a person who embodies many of the traits he values, he explained in an interview this week with UPI. Brady will appear as Lola through March 27.

What attracted you most to Kinky Boots?
I had seen the show three times before I did the role, so I knew the subject matter and I loved the songs and knowing that Harvey's words could help change someone's mind and perceptions through these characters... [Playing] someone who lives life fully, freely and on their own terms as Lola does; that is someone who I want to be.

Your performance has so much heart. How did you balance Lola's dazzling stage persona with his personal vulnerability?
I wish I could take credit for it. ... The reason I could do it is because I am Lola. ... If life would have thrown me the opportunity at some point to maybe become a performer that happened to do drag because that was the only performance option available, I might have been that guy. Just because he dresses in drag, just like he even says in the show, he's straight, so it isn't even a sexuality thing. He feels comfortable in those heels and in those dresses and he likes who he is when he is performing and being that person and that started when he was a kid. And I used to do the same thing, just like a lot of young boys. You dress up in your mother's dresses and you run around and you are doing voices and whatnot and it's not until someone tells you that it's 'wrong' -- and I'm using that in air quotes -- that's when you change. So, it's not that I am consciously balancing Lola's fabulousness and heart, that's, I feel, who I am, mixed with those words that Harvey wrote. That there is a time to be grand and turn on your star-shine and go, and then there is a time to be sensitive and to really feel and I don't think you can truly be as effervescent as Lola is without having a true well of emotion and that's who I am.

And putting something out in the world that inspires people to open their hearts and minds can't be a bad thing, right?
Not at all. Especially in this day and age of cyberbullying, of physical bullying, of all this negativity that inundates us daily. The fact that you can leave a theater clapping your hands and singing the last song that you heard and being tolerant of someone that may be different, so it's a win-win.

Did you have any reservations about taking this part?
None! None! None whatsoever. Because I knew that this role is a transformative role. And, both professionally and personally, it was just what I needed, just at this time to move the needle in my own life. So, no reservations. Because if anyone did have anything to say and there have been a few trolls on the Internet. ... I wrote back to people online, saying: "Well, I really don't care. I don't need your permission to do this. I'm glad that you're a fan, but if you are really a fan who doesn't like me right now because I'm dressing up in a dress without you even knowing what the show is, then I don't need you as a fan. So, you can go away and support somebody else, but if you are down for the ride and you want to get on a plane and come and watch me do a piece of amazing theater, High Five and I will see you after the show."

I know everyone is talking to you about walking and dancing in the stiletto boots, so I want to ask you about those gorgeous, fake eyelashes. How do you deal with them?
That's the first time I've ever gotten that question! Yeah, the eyelashes and the makeup, now it's just second nature. Before, I felt like two very, very, very skinny people were laying horizontally on my eyes and getting in my way. Now it's fine.

Since this is professionally all-consuming, how do you spend your down-time?
Today is my day off, so I really shouldn't be talking too much, so, on days like this, I just kick back and binge-watch or I read and I take it easy. ... I just got my Oscar screeners, so, in fact, as soon as I get home I'm going to pop a couple in and watch.

Do you want to weigh in on the controversy regarding the lack of diversity among this year's Oscar nominees and pressure for changes in the film industry?
Not really. I could just say everything that everyone else is saying. I do think that the lack of diversity is disheartening, but there is no one person to point a finger at, so until all parties can get together and reach a place where good is just good and it doesn't matter if it's good and it's voted on by 65-year-old, white men or whatever, it's just good should be rewarded for being good. And just because you're black and you happen to have a black movie, it should just be graded as a movie and the best performer should win. I think the issue is that there are performers who, not just this year, but in the past, who are black performers that don't necessarily get singled out all the time because there are only X amount of people that can receive the nomination and maybe those guys weren't in those movies. So, at the end of the day, I just think good should be rewarded -- and talent -- and I hope that people take off the visors at some point.

Do you think entertainment such as "Kinky Boots" helps promote diversity and contributes to the conversation that people are all connected in their humanity?
I think if people come to see it, sure. I think anything that helps move the needle in that direction in terms of diversity and just people are people, that's a win.

The former star of Who's Line Is It Anyway? and The Wayne Brady Show can now be seen in the TV comedy Real Husbands of Hollywood and as the host of the game show Let's Make a Deal.

Karen Butler has been covering entertainment for UPI since 1997.