"Alan Rickman is undoubtedly one of the greatest actors I will ever work with," Daniel Radcliffe said. 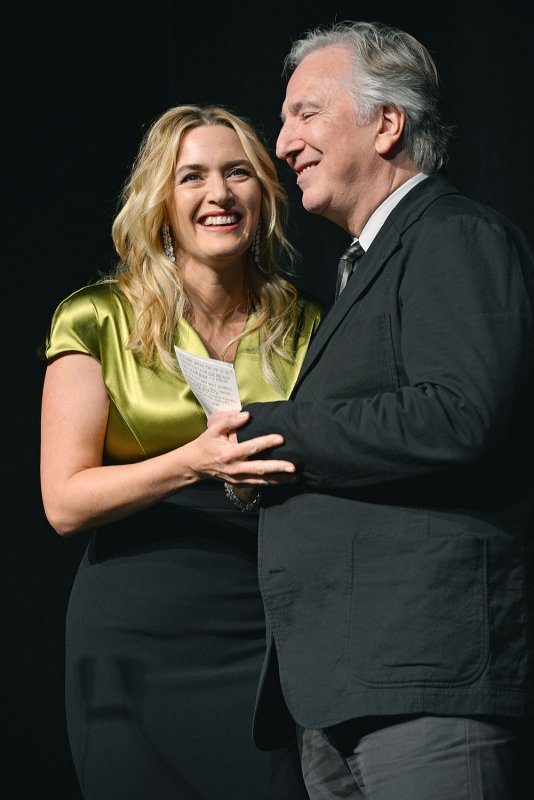 Kate Winslet and Alan Rickman at the Toronto International Film Festival premiere of "A Little Chaos" in 2014. The actress was among the stars to pay tribute to Rickman following his death Thursday. File Photo by Christine Chew/UPI | License Photo

The 26-year-old English actor penned a lengthy post dedicated to Rickman on Google+, while the 25-year-old actress remembered him on Facebook. Rickman died at age 69 after a battle with cancer.

"Alan Rickman is undoubtedly one of the greatest actors I will ever work with," Radcliffe wrote. "He is also, one of the loyalest and most supportive people I've ever met in the film industry. He was so encouraging of me both on set and in the years post-Potter."

"Alan was extremely kind, generous, self-deprecating and funny," he wrote. "Working with him at such a formative age was incredibly important and I will carry the lessons he taught me for the rest of my life and career. Film sets and theatre stages are all far poorer for the loss of this great actor and man."

"I'm very sad to hear about Alan today," Watson added. "I feel so lucky to have worked and spent time with such a special man and actor. I'll really miss our conversations. RIP Alan. We love you."

"We are all so devastated to lose Alan," the actress said. "He was loved enormously by so many. He was an exceptionally warm and giving man and an utterly phenomenal actor and gifted director. I remember being so intimidated by him when we worked together [on Sense] because he had such a powerful and commanding presence ... But the reality of course, was that he was the kindest and best of men."

Entertainment News // 1 hour ago
Anne Heche not impaired by drugs, alcohol in crash, says autopsy report
Dec. 7 (UPI) -- The final autopsy report for Anne Heche shows there were no active drugs in her system when the actress crashed her car in August, according to the Los Angeles Medical Examiner's Office.

Music // 11 hours ago
Lana Del Rey to release 'Did You Know' album in March 2023
Dec. 7 (UPI) -- Lana Del Rey announced the album "Did You Know That There's a Tunnel Under Ocean Blvd" and released the title track of the same name.

'Lord of the Rings: The Rings of Power': Calam Lynch, 7 others join Season 2 cast