The Weeknd enlists girlfriend Bella Hadid for 'In The Night' video

WASHINGTON, Dec. 9 (UPI) -- Bella Hadid plays the sultry femme fatale in boyfriend The Weeknd's latest music video for his hit "In The Night."

The six-minute, BRTHR-directed short film features Hadid, 19, playing the role of an inner-city dancer who ultimately saves the singer's life with a single shot. Heavily edited, the video is essentially a montage of events ranging from the glitzy to the bloody.

In the disorienting clip, the antagonist, a foreign captor who at one point takes Hadid's character hostage, is later killed by his once-hostage seconds before he assassinates The Weeknd.

Born Abel Tesfaye, The Weeknd and girlfriend Hadid have been known to be dating since May. Reports say the couple met before this year's Coachella music festival but "clicked" during the California event.

The couple were most recently spotted at New York Fashion Week in September during the Alexander Wang fashion show. The singer watched his girlfriend walk the runway soon after for the Diane Von Furstenberg show alongside sister Gigi Hadid and friend Kendall Jenner.

Hadid made her Chanel debut in Rome last week, later thanking the designer label and her agency for the opportunity. "What a dream to walk my first [Chanel] show in Rome today," she wrote on social media after the event.

Hadid's mother, Yolanda Foster, and stepfather David Foster announced their divorce in early December after nine years together. Neither Bella Hadid nor her siblings have discussed the announcement publicly. 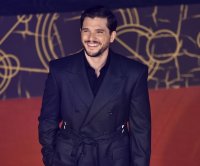 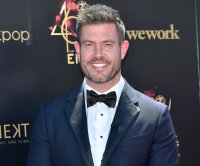 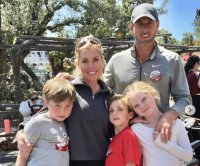 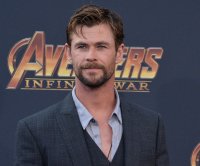 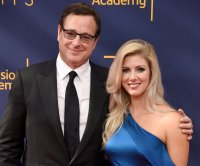 Entertainment News // 6 hours ago
Britney Spears, Sam Asghari 'moving forward' after pregnancy loss: 'It's hard but we are not alone'
May 17 (UPI) -- Sam Asghari thanked fans for their support following news his fiancée, Britney Spears, experienced a miscarriage. 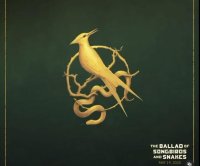