Jennifer Lawrence on 'Hunger Games' finale: 'It does feel over' 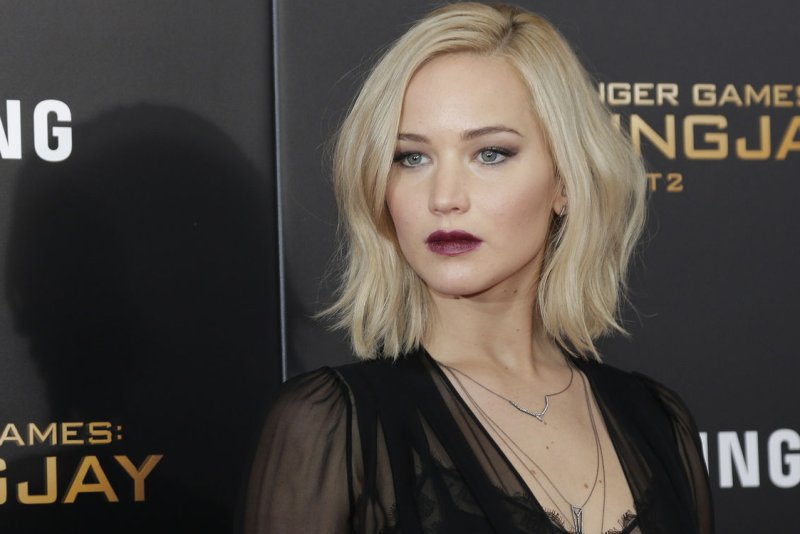 WASHINGTON, Nov. 24 (UPI) -- Jennifer Lawrence is ready to move on from Hunger Games in the wake of the franchise's finale.

The 25-year-old actress reminisced on the last five years working on the films, saying at the time she started, Mockingjay: Part II "seemed so far away."

"It does feel over," she told Entertainment Weekly. "It didn't for a while and I didn't think it would ever sink in, but it has now. It feels over. And that's OK. It's OK to move on."

The final film's bow in theaters last week proved less than staggering at the box office, as it earned $102 million in weekend sales over the higher earning Catching Fire from 2013, which earned $158 million.

Some cite the leading actress' age and overarching fame as part of the reason why Mockingjay: Part 2 made less of an impact on initial box office numbers.

Aside from playing Katniss Everdeen in Hunger Games, the actress has also played more mature roles in Silver Linings Playbook and American Hustle. Critics say they believe the older roles cut into her popularity in the young adult novel adaptions, where she plays 16 and 17-year-old Everdeen.

Lawrence also said she'd like to direct comedies, like the one she wrote with friend and comedian Amy Schumer.

Movies // 9 hours ago
Sundance movie review: 'A Thousand and One' celebrates family joy, turmoil
Jan. 27 (UPI) -- "A Thousand and One," shown at the Sundance Film Festival, captures the hardships a single mother and her son face in an ever changing New York City, but takes time to showcase the joys they find in life.

Music // 13 hours ago
Sundance movie review: 'Fairyland' is poignant, if rushed, LGBTQ family drama
Jan. 27 (UPI) -- "Fairyland" is based on Alysia Abbott's memoir about growing up with her gay father in San Francisco. It covers relevant history satisfactorily, though feels a tad hasty.

Movies // 17 hours ago
Blake Lively, Justin Baldoni to star in 'It Ends With Us'
Jan. 27 (UPI) -- Blake Lively and Justin Baldoni will star as the leads in the upcoming adaptation of Colleen Hoover's book, "The Last of Us."

Movies // 18 hours ago
Spike Lee to be honored with BFI Fellowship
Jan. 27 (UPI) -- BFI is presenting Spike Lee with its highest honor -- an BFI Fellowship.
Advertisement

What to stream this weekend: 'You People,' 'Shrinking'