Michael Phelps opens up about rehabilitation: 'I was in a really dark place' 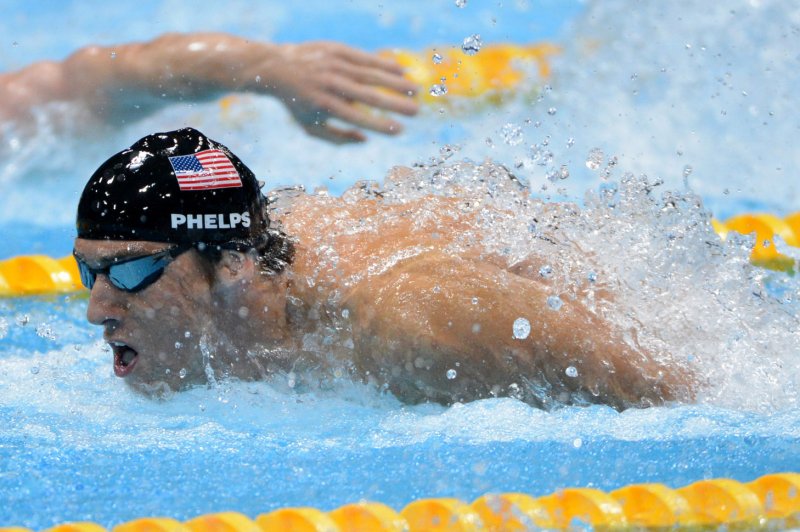 Michael Phelps swims the Butterfly leg of the Men's 4x100 Medley Relay Final the London 2012 Summer Olympics. Phelps recently opened up about his DUI arrest and his time in rehab from 2014. File Photo by Pat Benic/UPI | License Photo

BALTIMORE, Nov. 11 (UPI) -- Olympic star Michael Phelps has opened up about his time in rehab following his second DUI arrest from 2014.

Speaking with Sports Illustrated, Phelps explained to the sports magazine how after his arrest he refused to leave his house for days and suffered from depression. "I was in a really dark place ...not wanting to be alive anymore," he revealed. "I look back now ...I lived in a bubble for a long time."

Once he started to seek treatment, Phelps also noted how terrifying it was to check into the rehab facility."Hug-hug, kiss-kiss, turn in my phone and go to my room," he said of checking into a rehab facility. "It's probably the most afraid I've ever felt in my life."

During this time the star swimmer noted how he learned a lot about himself, confessing that he was burnt out from swimming."Mentally, I was over," the swimmer said of the 2008 Olympics. "I didn't want to do it anymore. I forced myself to do something that I really didn't want to do anymore. I was in a really dark place, not wanting to be alive anymore. I look back now, I lived in a bubble for a long time. I wound up uncovering a lot of things about myself. . . I saw myself as the athlete that I was, but not as a human being."

Now however Phelps is healthy, sober and is focused on training for the 2016 Olympic Summer Games."Haven't had a single sip and will not have a sip," he exclaimed. "I worked, recovered, slept, and took care of myself more than I ever had."

Phelps was arrested in September 2014 after Baltimore police found him to have a blood alcohol limit twice the legal limit. The 30-year-old was also arrested for DUI in 2004. Back in February, Phelps got engaged to Miss California winner Nicole Johnson.

Movies // 55 minutes ago
Movie review: 'Empire of Light' celebrates cinema, lacks focus
LOS ANGELES, Nov. 28 (UPI) -- "Empire of Light" is great when it's all about the minutiae of running a movie theater, but falters when it aspires to broader social commentary.

TV // 8 hours ago
Jennifer Beals on 'L Word' departure: 'I am making space for other stories'
LOS ANGELES, Nov. 27 (UPI) -- Jennifer Beals explains why she is reducing her role on "The L Word: Generation Q," and championing the Indian film "RRR." [Note: This story contains spoilers for the first two episodes of Season 3.]

Entertainment News // 1 day ago
Bob Dylan apologizes to fans after autopen book signature controversy
Nov. 26 (UPI) -- Bob Dylan has apologized to fans who bought limited edition copies of his latest book which had a replica signature rather than original autographs.

Entertainment News // 1 day ago
'Fame,' 'What a Feeling' singer Irene Cara dead at 63
Nov. 26 (UPI) -- Grammy- and Oscar-winning singer-songwriter Irene Cara has died at her Florida home at the age of 63, her publicist announced on Twitter Saturday.
Advertisement

Jennifer Beals on 'L Word' departure: 'I am making space for other stories'