"In love, there is a season, a reason and a lifetime," the celebrity chef said.

TMZ reported the 48-year-old celebrity chef and her wife both filed documents to end their marriage. Cat Cora is requesting joint custody of their four children, while Jennifer Cora is seeking full physical custody.

"It is with great sadness, that after 17 years, a tremendous amount work, careful consideration and heavy hearts, my wife and I have mutually decided to no longer remain married," the chef said in a statement. "In love, there is a season, a reason and a lifetime.

"Although this is not what we ever imagined, we will always have four incredible reasons to celebrate our years together: our sons," she added. "We are forever parents to our boys and are jointly committed to raising them in a peaceful, nurturing and healthy environment."

Cora and her wife are parents to 11-year-old Zoran, 8-year-old Caje, 6-year-old Nash and 6-year-old Thatcher, whom they welcomed via in vitro fertilization. Jennifer Cora is requesting spousal support from the Food Network star. 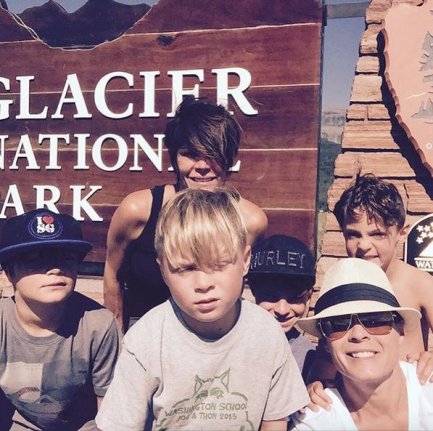 Cat Cora with wife Jennifer Cora and their four sons in Glacier National Park on July 16, 2015. The celebrity chef and her wife are headed for divorce. Instagram/Cat Cora

Cora gained fame as the first female Iron Chef, and starred on Iron Chef America from 2005 to 2012. She also co-hosted Around the World in 80 Plates, and has appeared as a guest judge on Masterchef, Top Chef and Cutthroat Kitchen.