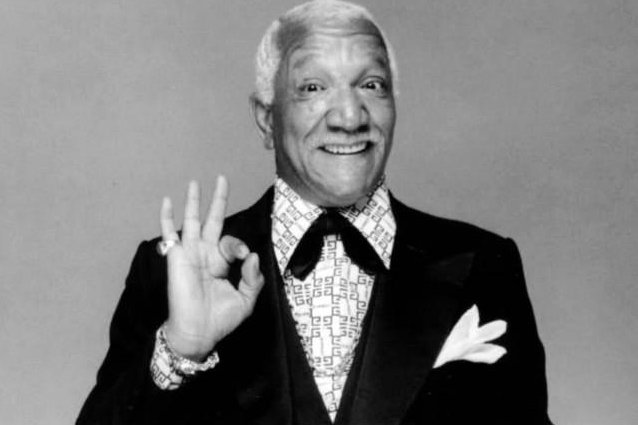 NEW YORK, Oct. 23 (UPI) -- Late comedians Redd Foxx and Andy Kaufman will take to the stage once again in holographic form to headline an upcoming tour next year.

According to the New York Times, technology company Hologram USA will announce the tour -- which will consist of parts of the comedians' past performances -- sometime Friday. The agency is known for its light-generated recreations of celebrities, dead and alive, like Tupac Shakur, Selena, Whitney Houston, Billie Holiday, Vin Diesel and Jimmy Kimmel.

"They're comedy icons," Hologram USA founder Alki David told the Times. "Both of them influenced so many comedians after them."

The hologram company is reportedly looking to expand its team of posthumous comics, both Foxx and Kaufman's estates being the most cooperative of the current bunch. Although completely different comics, their tour will feature their most well-known material including holograms of other famous faces.

Redd Foxx, who died in 1991, was best known for his role on the 1970s sitcom Sanford and Son. Before landing the role, he was a prominent nightclub comedian in 1950's and 1960s. Andy Kaufman died earlier, in 1984, and was known for his eccentric humor. As well as leading a successful career as an entertainer, he also spent a brief amount of time working as a professional wrestler.

This isn't the only high-profile project Hologram USA is undertaking. It was recently announced late singer Whitney Houston -- whose daughter Bobbi Kristina Brown recently died after months in a coma -- will headline a world tour in collaboration with her sister Pat Houston.

Additionally, a hologram of singer Billie Holiday is being developed by the company to welcome visitors to the Apollo Theater during its daylight hours, providing daytime entertainment previously unavailable to tourists. On an even larger scale, Hologram USA also intends to erect an $18 million National Comedy Center in New York where non-living comedians can grace the stage once more in holographic form.