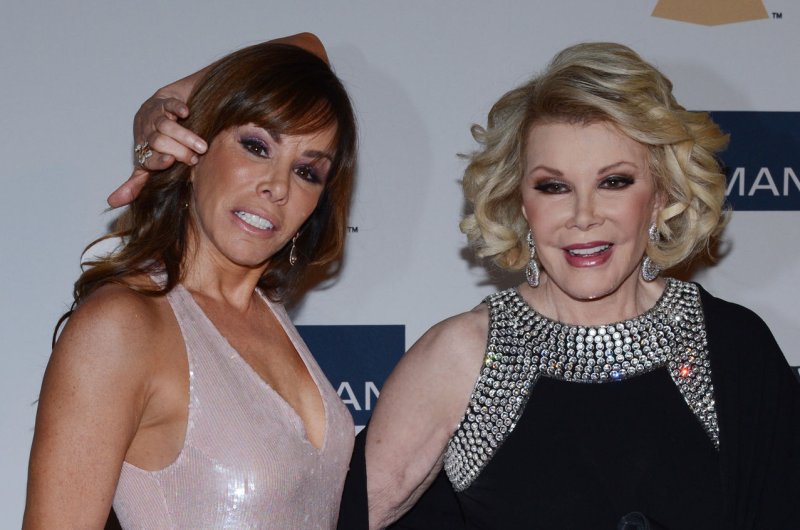 LOS ANGELES, Sept. 1 (UPI) -- After a months-long hiatus, Fashion Police returned to the E! Network Monday with a new cast, who dished on the MTV's Video Music Awards.

Melissa Rivers, daughter of the late Joan Rivers took her mother's place as the newest co-host of the show along with returning panelists Giuliana Rancic and Brad Goreski. Joining them were celebrity guests Real Housewives of Atlanta alum NeNe Leakes and comedian Margaret Cho. Moving forward, this new season of Fashion Police will feature a new celebrity guest panel each week.

During the part of the segment when the cast talks about Justin Bieber's appearance at the VMA's, Melissa took a moment to honor her mother saying "there isn't a day that goes by when I don't see something and think, 'What would my mom say about this?," she said, before introducing a new show format. "Let's find out our newest segment, 'What Would Joan Say?'"

Cho, however, made the biggest impact on the episode when she referenced a controversial comment Rancic made earlier this year, when she commented on Miley Cyrus's hair at the VMA's.

"I feel like that hair probably smells like pot and patchouli," said Cho as Rancic looked on. Later during a 'what did we learn segment,' Cho had this to say: "I learned that, if you're Asian and try to be black, it's racist, but if you're black and try to be Asian, it's a compliment. So thank you, Lil Kim!"

Cho's comments come months after the controversial comment Rancic said about actress Zendaya Coleman's dreadlocks at the Oscars. The backlash from the offensive remarks ultimately resulted in Fashion Police going on hiatus when hosts Kathy Griffin and Kelly Osbourne decided to leave the show.

In August, Osbourne attacked Rancic after she found herself in similar hot water for insensitive comments she made about Latinos cleaning toilets while appearing on The View

Now, however, Osbourne seems to have let her distaste for Fashion Police behind. The former host gave a shout out to Melissa Rivers on Twitter congratulating her on the newly rebooted show. Melissa returned the love thanking Osbourne for flowers she sent.