NORTH HILLS, Calif., Aug. 27 (UPI) -- Singer Ricky Martin has had enough of Donald Trump according to an op-ed he penned for Univision this week.

Translated for Billboard, the piece calls on the Latin community to unite and collectively shun Donald Trump for his ongoing "xenophobia" and aggressions toward Hispanic people.

"The fact that an individual like Donald Trump, a candidate for the presidency of the United States for the Republican party, has the audacity to continue to gratuitously harass the Latin community makes my blood boil," Martin wrote.

"From the beginning his intention was transparent: basically tell barbarities and lies to remain relevant in the public opinion, for votes or simply to stay on the media's radar."

The op-ed is an apparent response to Tuesday's exchange between Trump and Univision journalist Jorge Ramos during a press conference, which caused the Mexican-American reporter to be escorted out.

Trump called for Ramos to be forcefully ejected from the conference after he stood up and petitioned to ask a question about immigration. "You weren't called. Sit down," Trump demanded.

"I have the right to ask a question," Ramos said.

"No you don't. You haven't been called," Trump retorted. "Go back to Univision."

The reporter was allowed back into the conference soon after and discussed immigration policies with the controversial candidate -- but not until after more significant damage was done regarding Trump's public image in Latin communities.

"This action from Trump doesn't surprise me, what does surprise me is that as Hispanics we continue to accept the aggressions and accusations of people like him who attack our dignity," Martin said in his Univision piece. "Enough is enough!"

"We have to defeat the power that Trump pretends to have over Latinos, anchored in low rhetoric and xenophobic speech, which his campaign team is convinced works for him...Xenophobia as a political strategy is the lowest you can go in search of political power."

He concluded, "This is an issue that unites us and we need to battle it together, not just for us but for the evolution of humanity and those to come." 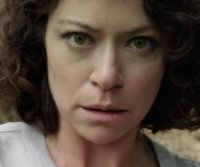 TV // 10 hours ago
'Echo': Disney+ starts production on Marvel series
May 17 (UPI) -- "Echo," a new series starring Alaqua Cox as the Marvel character Maya Lopez, is in the works at Disney+.

Entertainment News // 11 hours ago
Britney Spears, Sam Asghari 'moving forward' after pregnancy loss: 'It's hard but we are not alone'
May 17 (UPI) -- Sam Asghari thanked fans for their support following news his fiancée, Britney Spears, experienced a miscarriage.
Advertisement