'Hedwig and the Angry Inch' to close on Broadway Sept. 13

The production with a book by John Cameron Mitchell, and music and lyrics by Stephen Trask, was directed by Michael Mayer. The staging was initially announced as a 16-week, limited engagement that turned into a hit, 76-week run.

When the show closes, it will have played 22 previews and 506 regular performances. A national tour of Hedwig and the Angry Inch will start in San Francisco Oct. 4, 2016, with productions also being planned for London's West End and Australia.

"When we announced our limited, 16-week Broadway engagement of Hedwig, never in my wildest dreams did I think it would run for a year and a half. Hedwig heralded a historic year of acceptance and celebration across America," producer David Binder said in a statement. "It has been a privilege to work with our extraordinary leading men Neil, Andrew, Michael, John, Darren and Taye; Lena Hall, Rebecca Naomi Jones, Shannon Conley, and our kick-ass band Tits of Clay. I am so happy that Michael Mayer's groundbreaking production has introduced Hedwig to a new generation of fans and brought John and Stephen's downtown show into the mainstream. The vision of these artists was truly ahead of its time. I couldn't be prouder of the entire team and am thrilled that audiences across the United States will soon be able to experience our show when it begins its national tour." 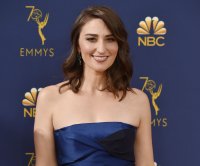 Music // 17 minutes ago
Kiss to resume 'End of the Road' tour in August
June 14 (UPI) -- Kiss announced new dates for its "End of the Road" world tour, its final tour as a band. 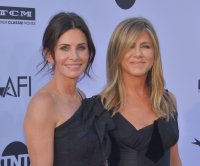 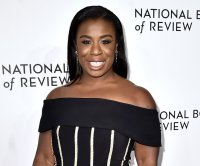 TV // 4 hours ago
Uzo Aduba says she was satisfied with Crazy Eyes' ending on 'WWHL'
June 14 (UPI) -- Uzo Aduba discussed the ending her character Crazy Eyes received on "Orange is the New Black" and if the Netflix series will continue while appearing on "Watch What Happens Live with Andy Cohen."
Advertisement