"They were a true delight to have today," Brooke Hynes of Tufts Medical Center said.

Kristen Wiig at the Costume Institute Benefit at the Metropolitan Museum of Art on May 4. The actress and her 'Ghostbusters' co-stars paid a surprise visit to Tufts Medical Center on Saturday. File photo by John Angelillo/UPI | License Photo

Melissa McCarthy at her Hollywood Walk of Fame ceremony on May 19. File photo by Jim Ruymen/UPI | License Photo

The 41-year-old actress and castmates Melissa McCarthy, Leslie Jones and Kate McKinnon were filming in the area when they headed over in costume to visit patients at the Boston hospital. Children being treated at Tufts had put a "Who ya gonna call?" sign up in the window.

"They were a true delight to have today," hospital vice president of public affairs and communications Brooke Hynes told People magazine. "They were so kind to all the kids and their parents. They took their time in each room visiting children as young as a few months to teens."

The actresses posed for several photos, which Tufts Medical Center later shared on Facebook. "Thank you for taking the time out of filming today to put a big smile on our patients faces! #WhoYouGonnaCall #Ghostbusters," the hospital wrote.

Ghostbusters is a female-led reboot of the original 1984 film, and opens in theaters July 22, 2016. The movie is helmed by Paul Feig, who directed Wiig and McCarthy in Bridesmaids, and co-stars Neil Casey, Chris Hemsworth and Andy Garcia.

Music // 15 minutes ago
Luke Combs adds fall dates to 'What You See' tour
Feb. 20 (UPI) -- Country music singer Luke Combs extended his "What You See is What You Get" tour featuring Ashley McBryde, Drew Parker and Ray Fulcher.

Entertainment News // 44 minutes ago
Ben Affleck reflects on alcoholism, effect on kids
Feb. 20 (UPI) -- Ben Affleck said Violet, Seraphina and Samuel, his children with Jennifer Garner, are a major factor in his sobriety.

TV // 1 hour ago
Ryan Murphy's 'Hollywood' to premiere May 1 on Netflix
Feb. 20 (UPI) -- "Hollywood," starring Darren Criss, David Corenswet, Jeremy Pope and Patti LuPone, is coming to Netflix in May.

Music // 1 hour ago
Morrissey to have five-night Las Vegas residency
Feb. 20 (UPI) -- Morrissey will launch the "Viva Moz Vegas" show at the Colosseum at Caesars Palace in June.

Entertainment News // 3 hours ago
Kate Hudson open to more kids: 'I don't know if I'm done yet'
Feb. 20 (UPI) -- Kate Hudson discussed her daughter, Rani, and the possibility of having more children during an interview with her brother Oliver Hudson. 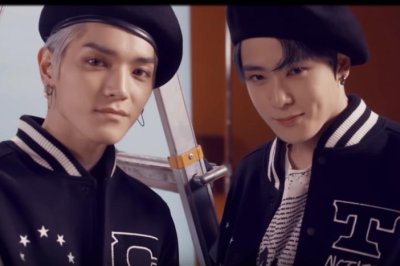