The actress skyrocketed to fame with "Grey's Anatomy," but left the series in 2010.

Katherine Heigl at the NBC Upfront Presentation on May 12, 2014. File photo by John Angelillo/UPI | License Photo

The 36-year-old actress shot down rumors of such after OK! magazine reported Heigl parted ways with her mother in an effort to revive her flagging career. The star's latest project, State of Affairs, was canceled after one season in May.

"Nancy isn't a producer, or really even a manager -- something that she admits herself," a source said in the publication's July 27 issue. "But she thinks that she has a right to make decisions and she has angered a lot of people in the process."

"Katherine doesn't know when to stay quiet," the insider opined. "She's damaged her reputation, and her mother encouraged that behavior. She is very close to her mom, but she knows she needs to salvage what remains of her career with someone else."

Heigl's rep told Gossip Cop the rumor is "not true." The actress is best known for portraying Izzie Stevens on ABC medical drama Grey's Anatomy, but recently denied reports she will return in season 12. She will next appear in Jenny's Wedding with Alexis Bledel. 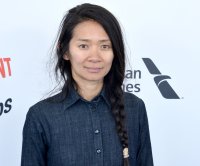