Natalie Portman arrives at a photocall for the film "A Tale of Love and Darkness" during the 68th annual Cannes International Film Festival in Cannes, France on May 17, 2015. Photo by David Silpa/UPI | License Photo

Gilad Kahana (L), Amir Tessler (C) and Natalie Portman arrive at a photocall for the film "A Tale of Love and Darkness" during the 68th annual Cannes International Film Festival in Cannes, France on May 17, 2015. Photo by David Silpa/UPI | License Photo

Natalie Portman arrives on the red carpet before the screening of the film "La Tete Haute (Stand Tall)" during the 68th annual Cannes International Film Festival in Cannes, France on May 13, 2015. Photo by David Silpa/UPI | License Photo

Portman, who graduated from the university in 2003, told the crowd of young grads that she was intimidated by the school's academic rigor the first day she arrived. "I felt like there had been some mistake...that I wasn't smart enough to be in this company," she said.

But the 33-year-old Hollywood star and owner of a psychology degree spent some of her most important coming-of-age years at the school. "It's easy to romanticize my time here, but I had some difficult times here," she shared.

"Being 19, dealing with my first heartbreak, taking birth control that's now off the market due to its depressive side effects, and spending too much time missing daylight during winter months led me to some pretty dark moments, particularly during sophomore year," she said. "There were several occasions I started crying in meetings with professors, overwhelmed with what I was supposed to pull off, when I could barely get myself out of bed in the morning."

The lessons mother of one and director of her own debut film A Tale of Love and Darkness, took from her time spent at Harvard helped make her the success she is today. Using her experience on Black Swan as an example, Portman said that being unaware of her limitations helped her pull off the role that eventually landed her an Oscar.

"The point is, if I had known my own limitations I never would have taken the risk," she said. "And the risk led to one of my greatest personal and professional achievements."

"Make use of the fact that you don't doubt yourself too much right now because, as we get older, we get more realistic," she went on to tell the students. "Accept your lack of knowledge and use it as your asset."

Harvard graduates will receive their diplomas Thursday. The Class Day ceremony, which takes place a day before commencement, has been a Harvard tradition since 1968 -- the first invited keynote speaker was Dr. Martin Luther King, Jr., but his wife Coretta Scott King delivered the speech after his assassination. 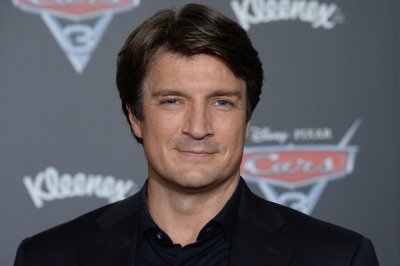