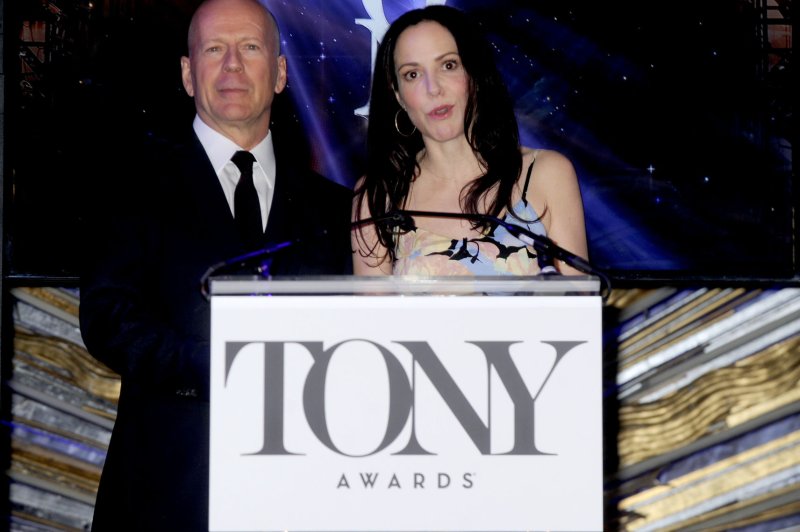 Actors Bruce Willis and Mary-Louise Parker at the 2015 Tony Awards nominations announcement at the Diamond Horseshoe in the Paramount Hotel in New York City on April 28, 2015. Photo by Dennis Van Tine/UPI | License Photo

NEW YORK, May 27 (UPI) -- 2014-15 was the best attended and highest grossing season in Broadway's recorded history.

"It's been another extraordinary season on Broadway, and I'm thrilled that we have broken all records! The upward trend in audience growth continues and it's no surprise. While we've been saying for several years now that there is something for everyone on Broadway, to have audience growth of over 13 percent in two years clearly proves our point," Charlotte St. Martin, the league's president, said in a statement Tuesday. "We're giving theatergoers what they want, including a variety of musicals and plays, recognizable brands and new shows. We have stars, we have kids; we have some of the best ensemble casts ever on Broadway. It's been a joy to see such spectacular direction and choreography -- in both plays and musicals. As well, ticket-buying is easier and alternate curtain times and more selections of matinee days make seeing a show convenient for every schedule."

This season included the opening of 10 new musicals and five revivals of musicals; 11 new plays and nine revivals; and two specials.

Vanessa Hudgens, Matthew Morrison, Kristin Chenoweth to perform at the Tonys Taye Diggs to star in Broadway's 'Hedwig and the Angry Inch' Tony nominee Carey Mulligan talks about the link between her 'Skylight,' 'Madding Crowd' roles