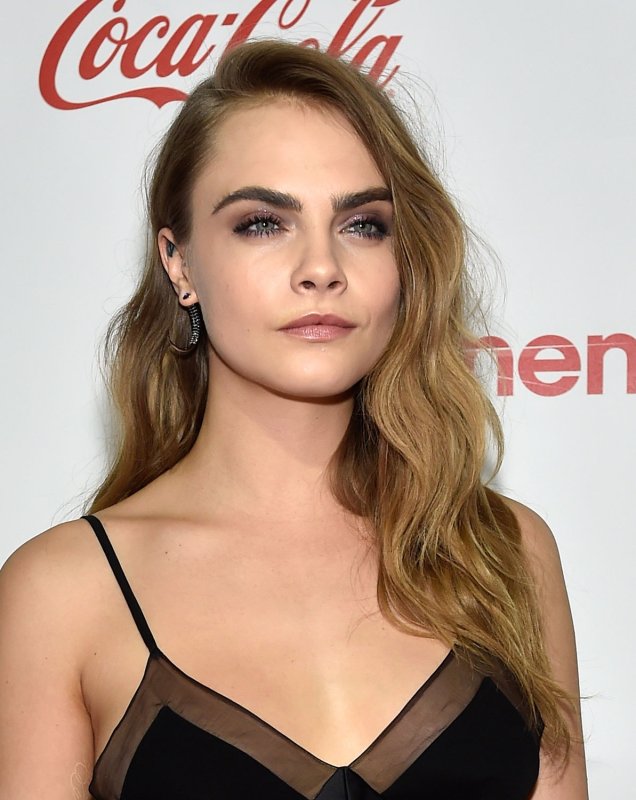 PARIS, May 4 (UPI) -- Pharrell Williams and Cara Delevingne reunite for the second time in a Chanel advertisement. In 2014, the pair were featured in the short film, Reincarnation, and now they've teamed up with the fashion house once again for the 2015 Pre-Fall campaign.

Summer may be approaching, but the photos show the Grammy-winning artist and top model dressed in wool coats and lace up boots. Williams looks just as comfortable in front of the fashionable camera lens as the veteran beauty. It's no wonder he was picked as the CFDA Fashion Icon Award recipient. He will accept the award at a ceremony on June 1.

The third and youngest face of the campaign is Lagerfeld's godson, Hudson Kroenig. Back in 2011, the pint-sized model walked the Chanel runway alongside his father, Brad Kroenig.

Behind the scenes of the new @chanelofficial campaign shoot @i_am_other ❤️

Early Monday morning, the French brand posted a photo of the young boy backstage at the Chanel Cruise Seoul show.

Backstage at the show #ChanelCruiseSeoul