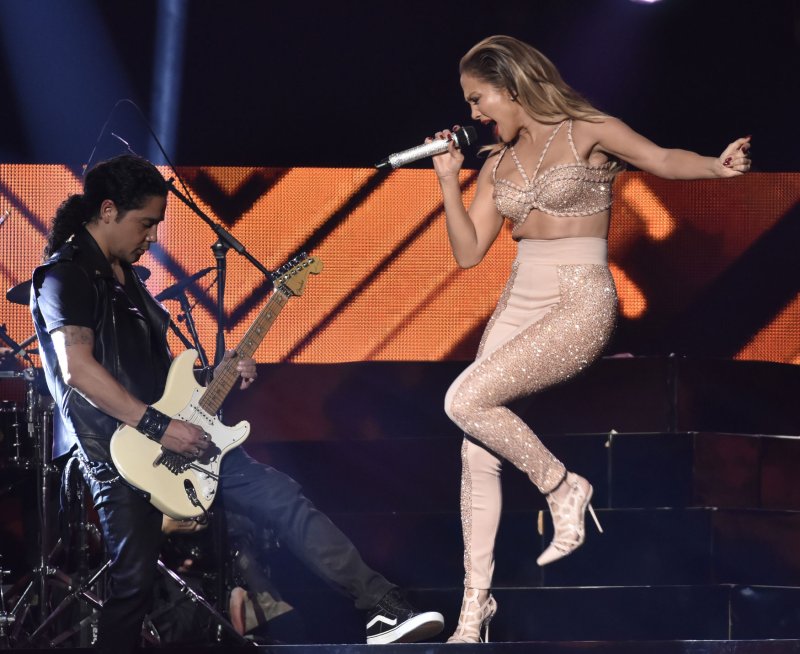 Latin artist Jennifer Lopez performs during the 2015 Billboard Latin Music Awards and show at the Bank United Center, University of Miami, Coral Gables, Florida on April 30, 2015. Jennifer Lopez with Selena's family after she performs a tribute to Selena. File photo by Gary I Rothstein/UPI | License Photo

CORAL GABLES, Fla., May 1 (UPI) -- Jennifer Lopez payed tribute to Selena Quintanilla at the Billboard Latin Music Awards, by playing a medley of the the late singer's hit songs.

The film that essentially put Lopez on the map was when she played the Mexican singer in the 1997 movie, Selena. During the surprise and emotional performance Thursday night, the American Idol judge sang, "I Could Fall in Love," "Como La Flor" and "No Me Queda Mas."

On stage, old photos of the singer were playing in the background and Lopez was accompanied by the singer's former band mates. Quintanilla's siblings joined Lopez on stage as she finished her performance. Just before the crowd gave the singer a standing ovation she said, "We love you Selena."

Twenty years ago, the late singer who was only 23 years old, was murdered by the president of her fan club.

Earlier this month, Lopez told Billboard, "People like that don't come along every day. There is never going to be another Selena." 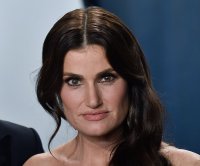 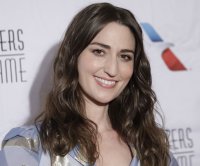 TV // 4 hours ago
'Cobra Kai' stars prep for All Valley Karate Tournament in Season 4 teaser
Aug. 5 (UPI) -- "Cobra Kai," a sequel series to the "Karate Kid" films, will return for a fourth season on Netflix in December.