The singer is already father to two daughters with ex-wife Jessica Ussery. 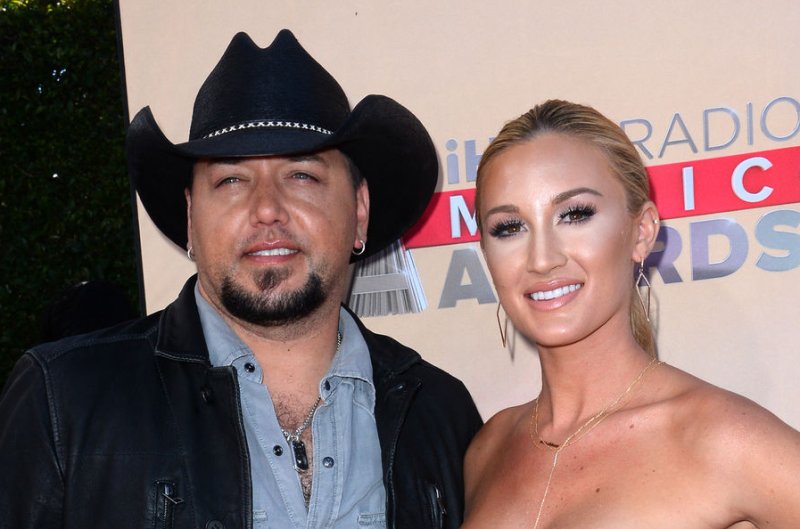 The 38-year-old country singer revealed he and the 26-year-old former American Idol contestant plan to have children in an interview with People at the iHeartRadio awards Sunday.

"In the next couple of years, probably, we definitely want to have kids," Aldean told the magazine.

Aldean is already father to daughters Keeley and Kendyl with ex-wife Jessica Ussery, and said he and Kerr will "see what we can do" about giving his children a much-wanted brother.

The iHeartRadio ceremony marked Aldean and Kerr's first appearance as a couple since their wedding March 21. The singer famously cheated on Ussery with Kerr in 2012, and admitted it was nice to make their relationship official.

"We were already living together and it kinda felt like we were married anyway," he told E! News of taking the next step. "We were kind of living the married life anyways, so for us it was kind of just going through the formalities of it all."

Aldean released his sixth studio album, Old Boots, New Dirt, in October 2014, and will extend his accompanying Burn It Down tour through August 2015. The tour will also merge with Kenny Chesney's The Big Revival tour for 11 shows this summer.

TV // 18 hours ago
HBO Max picks up 'Pennyworth' for Season 3
Oct. 17 (UPI) -- HBO Max has announced it picked up the psychological thriller, "Pennyworth," for a third season to start streaming in 2022.