"I have millions of ideas and I represent a new generation just trying to express themselves in a broken world," the rapper declared. 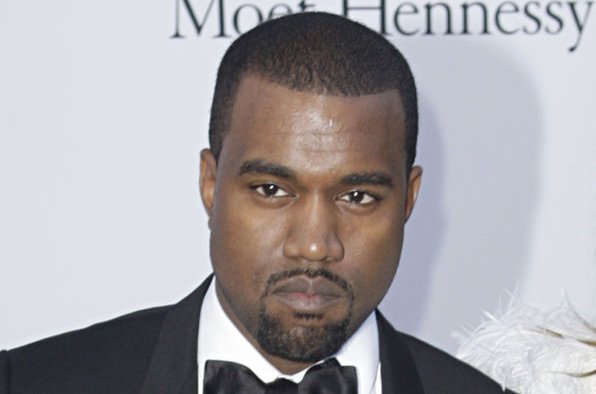 The 37-year-old rapper-turned-designer addressed Mallis in a series of tweets in response to her criticism earlier this week. Mallis declared herself "kind of over Kanye" to the New York Post, saying, "I'm not a fan of his music, and the attitude and the agenda is not my style."

"To Fern Mallis: I just want you to understand that attempting to do clothing has been very difficult and I have encountered countless amounts of bigotry along the way," West wrote. "I have millions of ideas and I represent a new generation just trying to express themselves in a broken world."

"I don't call myself a designer as I was not allowed to go to Saint Martins because I was too famous by the time I realized I wanted to design," he continued. "Fame is often looked down upon in the design world, so it's actually been something I had to overcome."

"All we have are our dreams, and you can step on our dreams and ideas all you want, but we won't stop fighting," he declared. "We want to innovate and we will win someday. If you wanna have a drink with me, book a table at the spotted big when I'm back in NY."

West has collaborated with Nike and Louis Vuitton, and debuted his women's clothing label, DW Kanye West, at Paris Fashion Week in 2011. He recently designed a fashion line for Adidas, and enlisted sister-in-law Kylie Jenner to walk the runway in his show at New York Fashion Week last week.

West's pieces for Adidas Originals received mixed reviews, and daughter North West made headlines for her tantrum ahead of the show. The rapper appeared on The Breakfast Club with Power 105.1 on Friday, and slammed ex-girlfriend Amber Rose for her comments on wife Kim Kardashian.

TV // 10 hours ago
'Stranger Things' star Joseph Quinn stunned by magnitude of Eddie Munson love
NEW YORK, July 2 (UPI) -- Joseph Quinn, one of the new additions to Stranger Things Season 4, admits he is shocked by the overwhelming online love and support fans have been showing for his character Eddie Munson.

TV // 10 hours ago
Jay Hernandez thanks fans for support in 'Magnum' network switch
July 4 (UPI) -- Jay Hernandez is thanking fans for their support in getting his canceled CBS private detective show, "Magnum P.I.," a new home on NBC.