The 30-year-old reality star leapt to half-sister Kylie Jenner's defense after Rose dismissed the 17-year-old as "a baby" in an interview with The Breakfast Club on Power 105.1.

Rose declared Jenner's relationship with rumored boyfriend Tyga "ridiculous," and asserted the 25-year-old rapper "should be ashamed of himself." She also defended Tyga's ex-fiancée, Blac Chyna, saying the rapper left "a beautiful woman and a baby" to be with Jenner.

"'I was a stripper since I was 15 years old,' Amber Rose told Foxx," Kardashian wrote on Twitter. "Please don't worry about my sister who has a career & her [expletive] together at ONLY 17. People who live in glass houses shouldn't throw stones. Please stop talking about us in interviews mama. None of us talk about you."

Rose hit back at Kardashian by attacking the reality star's sister, Kim Kardashian. She tweeted, "I'm happy u brought up the fact that I was a stripper at 15... I'll be that lil whore to support my family like ur older sister is a whore 2 support hers. We're even #MuvaGivesFacts," and pointed out she used to date Kanye West on Instagram.

Rose appeared in West's music video for "What Them Girls Like," and dated the rapper from 2008 to 2010. He went on to marry Kim Kardashian in May 2014, while Rose wed and subsequently filed for divorce from Wiz Khalifa.

Music // 2 hours ago
Seventeen looks to the stars in 'Rock with You' music video teaser
Oct. 19 (UPI) -- K-pop group Seventeen released a preview of their video for "Rock with You," the title track from their EP "Attacca." 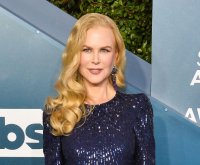 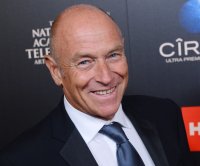