Aniston and Wilson worked together for the first time in 2008's "Marley & Me." 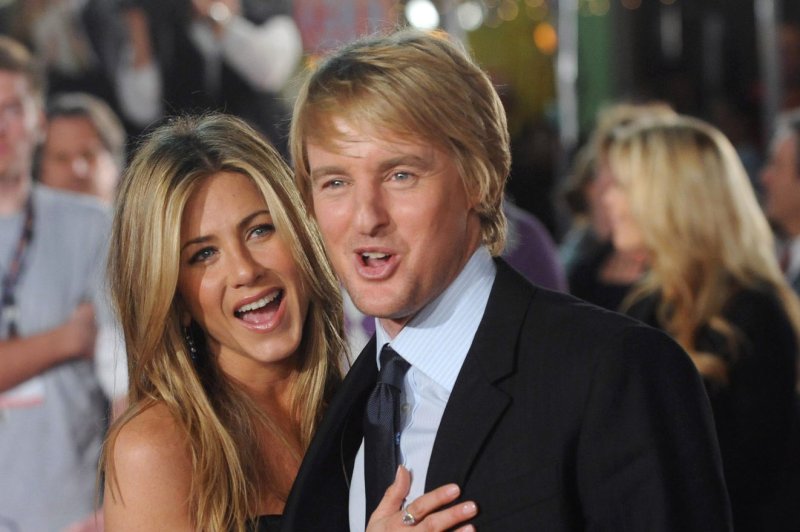 Jennifer Aniston and Owen Wilson appear pictured at the "Marley & Me" premiere on December 11, 2008. Photo by Jim Ruymen/UPI | License Photo

The film was directed by Peter Bogdanovich and sees the Friends star teaming up with Owen Wilson for the first time since they co-starred in 2008's Marley & Me.

She's Funny That Way follows a married Broadway director (Wilson), who falls in love with a prostitute-turned actress and helps her jumpstart her career. The film also stars Quentin Tarantino and Imogen Pots.

Aniston made headlines earlier this year when her role in the drama Cake was passed up for an Academy Award. The actress addressed the controversy surrounding the snub and said she was "shocked and amazed" the Daniel Barnz-drama was so well accepted by the audience even though it hadn't been released in theaters..

Aniston's Cake was released on Jan. 13. She's Funny That Way will hit theaters on May 1.