The actress and husband James Righton announced they are expecting their first child in December. 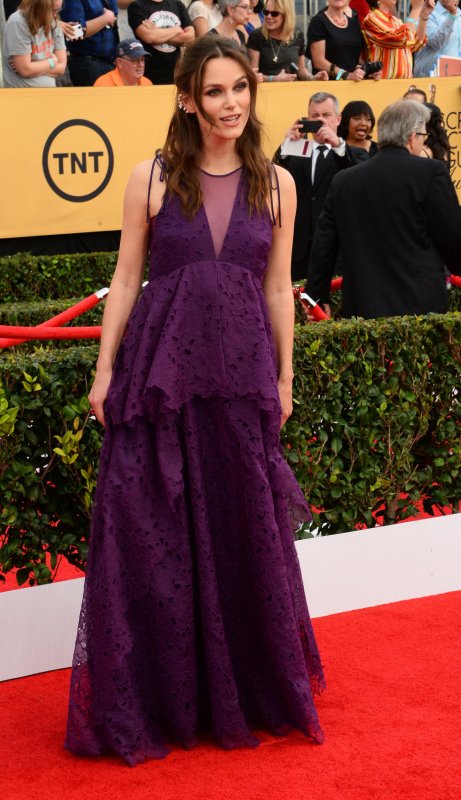 Actress Keira Knightley arrives for the 21st annual SAG Awards held at the Shrine Auditorium in Los Angeles on January 25, 2015. The Screen Actors Guild Awards will be broadcast live on TNT and TBS.Photo by Jim Ruymen/UPI | License Photo

The 29-year-old actress let the news slip while discussing her dress with E! News at the 21st annual Screen Actors Guild awards Sunday. Knightley and husband James Righton have been married since May 2013, and announced they are expecting their first child in December.

"It's boiling out here," she admitted on the red carpet. "[Pregnancy] just means you're not going to wear anything tight. Some people do wear tight things ... I don't want to go for that."

Knightley will next appear as Jan Hall in Baltasar Kormakur film Everest. The movie dramatizes the 1996 Mount Everest disaster that led to the deaths of eight climbers, and co-stars Jake Gyllenhaal, Josh Brolin, Robin Wright and Sam Worthington.