“It was a rape, but it seemed so strange to call it that. We think of rape as a stranger who attacks you in a parking lot,” McKee said of the incident. 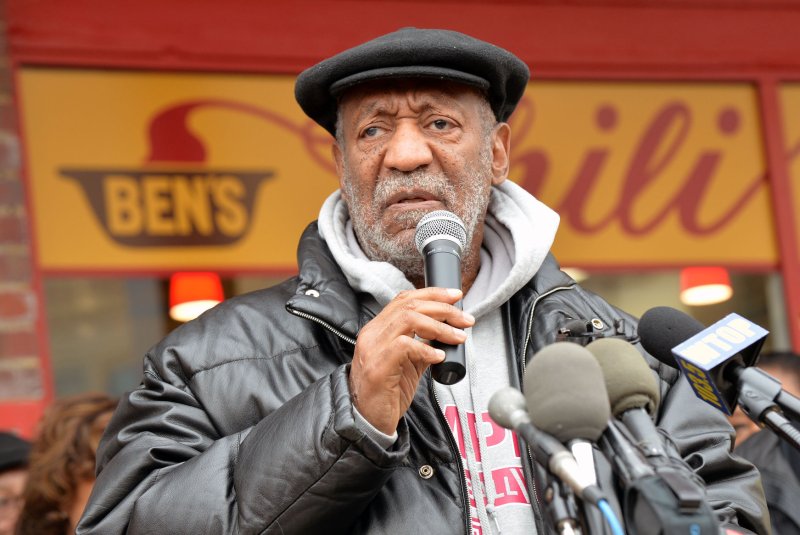 A worker removes the word 'rapist" on embattled comedian Bill Cosby's star on the Hollywood Walk of Fame in Los Angeles on December 5, 2014. Accusations have been recently made by at least 20 women who claim the famed entertainer sexually abused them as far back as the early 1970s. Several of them allege they were drugged or plied with alcohol. UPI/Jim Ruymen | License Photo

NEW YORK, Dec. 23 (UPI) -- The mounting allegations against Bill Cosby continue to sour as the ex-girlfriend of Sammy Davis Jr., actress Katherine McKee, accused the actor of sexually abusing her in the '70s.

McKee made the revelation to the New York Daily News alleging Cosby raped her in a Michigan hotel when she was on tour with Davis.

McKee joins more than 20 women who have recently stepped up to out Cosby's alleged antics over the course of several decades.

"He was a buddy. He knew I was Sammy's girl," McKee, now 65, says of a time she accepted an invitation to join the actor at a boat party.

"I remember I walked in the door [of his hotel], and he had a robe and cap on. He took the ribs from my hands and just grabbed me," she said.

"He spun me around, pulled my panties down, and just took it. We were still standing at the door when he attacked me. It was so fast and so shocking and so unbelievable."

McKee says she was "flabbergasted" by the incident and confesses she never spoke about it partly because she was mad at herself for not doing anything to stop it and because she felt guilt that maybe she led him on.

"I figured, 'If I don't think about it, it won't bother me.' Of course, with all these women surfacing now, it flushed it out," she said."It was a rape, but it seemed so strange to call it that. We think of rape as a stranger who attacks you in a parking lot."

While Cosby's attorneys have not addressed McKeen's claims in particular, they have maintained that the accusations are false and the actor is countersuing one victim who claims in a civil suit the actor molested her at the Playboy Mansion in 1974 when she was 15.

The Cosby Show star recently broke his silence on the allegations and said he only expects what he called "the black" media to remain "neutral" while covering the story.