'The Colbert Report' comes to an end with star-packed finale

"Technically a revolution is 360 degrees right back to where we were," he said, later referencing that U.S. troops are back in Iraq and another member of the Bush family might be headed toward the presidency (Jeb) -- both situations resemble the political climate that was taking place when the show began in 2005.

After killing his guest for the night, Grimmy, and becoming immortal, Colbert and show co-creator Jon Stewart launched into a duet of "We'll Meet Again." The two were later joined by a number of celebrities including Michael Stipe, Bryan Cranston, Patrick Stewart, Elijah Wood, Jeff Daniels, Cory Booker and many more.

President Bill Clinton also had a cameo during the send-off song in which he appeared to be texting. A tweet from his official account verified his involvement in the stunt.

Toward the end of the show Colbert rode off on a sleigh alongside Santa Claus, Abraham Lincoln and Alex Trebek.

Colbert will go on to replace David Letterman as the host of Late Night. Letterman's last show will air on May 20. 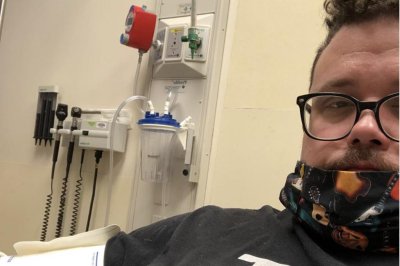