"I love my butt," the singer declared. "Hopefully it stays that way, because this thing isn't going anywhere." 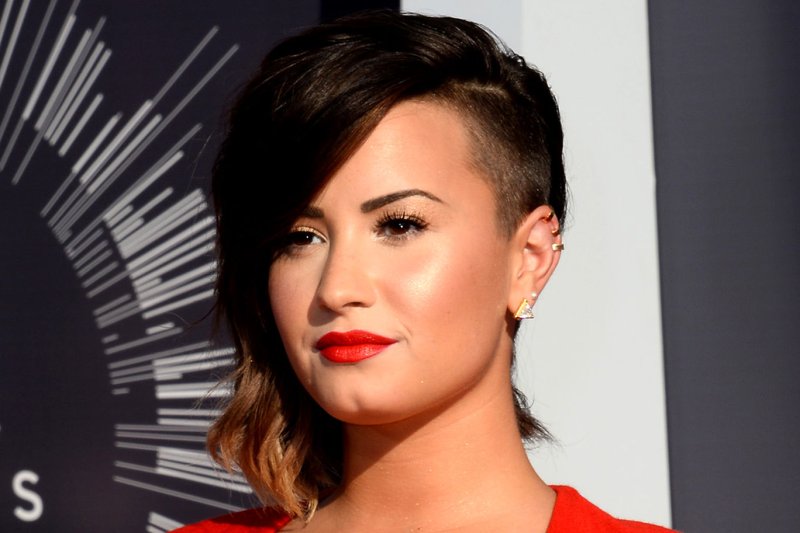 The 22-year-old singer told Allure magazine the 34-year-old reality star was instrumental in turning the spotlight away from skinny and toward curves in the media. Kardashian is well known for her shapely figure, and inspired Lovato to embrace her own.

"I really learned to accept my body when the trend started becoming less about super, super skinny models that was completely unattainable for anyone to have," she recalled. "Kim Kardashian, say whatever you want about her, but she has revolutionized what's accepted with curves these days."

Lovato has struggled with eating issues since childhood, and was treated for bulimia in 2010. The singer recently admitted she nearly returned to rehab in 2013 after boyfriend Wilmer Valderrama pointed out she had resumed unhealthy habits.

Lovato declared she loves her butt in a behind-the-scenes video from the photo shoot, and said she feels sexy when she wears pants or skirts "that showcase [her] beautiful assets." She also feels confident when she wears little or no makeup and reveals her natural features, like her freckles.

Lovato released her fourth studio album, Demi, in May 2013. The record debuted at No. 3 on the Billboard 200, and includes the singles "Heart Attack" and "Neon Lights." The singer currently has her fifth studio album in the works.