NEW YORK, Dec. 18 (UPI) -- Anna Kendrick stopped by The Late Show with David Letterman Tuesday and confronted the host about a children's cat toy he featured on the show before her appearance.

A puzzled Letterman then said he's been "desperate to think other things it might be when in fact that's all it actually is" and offered Kendrick the furry toy as a Christmas present.

Later on, Kendrick, who got to the interview fresh off a flight from London, revealed how she manages to get through really long flights.

"I've got that London flight down to a science because of Ambien," she told Letterman.

Ambien is a sedative that is often prescribed to treat short-term insomnia.

"It's a hell of a drug. I just sort of just blackout when I take it and I wake up to a surprise every time. Like all my DVDs are in my fridge or something," she joked. "It's like a time travel and a little surprise."

Kendrick will next star as Cinderella in Into The Woods, out in theaters on Christmas Day. 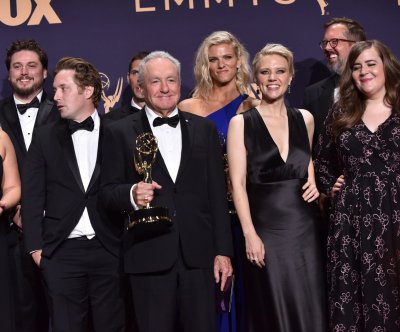 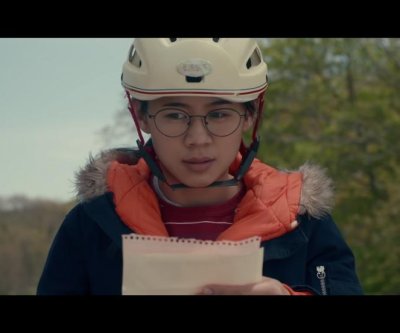 Movies // 9 hours ago
'The Half of It' trailer: Netflix tells LGBTQ love story in new film
April 9 (UPI) -- "The Half of It," a teen drama written and directed by Alice Wu and starring Leah Lewis, will premiere May 1 on Netflix.

TV // 9 hours ago
Joy Behar denies that she is leaving 'The View'
April 9 (UPI) -- Joy Behar set the record straight on reports that she is exiting "The View," stating that she is remaining on the daytime talk show.

Entertainment News // 9 hours ago
Disney on Broadway concert to stream Monday for charity
April 9 (UPI) -- "Liv and Maddie" alum Ryan McCartan will host a stream of "Celebrating 25 Years of Disney on Broadway" to raise funds for coronavirus relief.

Entertainment News // 9 hours ago
Ashley Eckstein: Ahsoka of 'Star Wars' is her 'heart and soul'
April 9 (UPI) -- Ashley Eckstein, the voice of Ahsoka Tano in the animated "Star Wars: The Clone Wars" series, is flying even deeper into a galaxy far, far away with her first children's book, "I Am a Padawan."