"'Star Wars' had come out around the time of 'Seagull,' and everyone thought I was a horrible actress," Portman recounted.

NEW YORK, Dec. 16 (UPI) -- Natalie Portman has starred in multiple critically acclaimed films and won an Oscar for her role as a disturbed ballerina in the 2010 thriller Black Swan, but according to the actress, her career could've turned out very differently had it not been for late director Mike Nichols.

Portman, 33, opened up about the time when "no director wanted to work with [her]" and Nichols vouched for her in New York Magazine's recent collection of memories about the beloved director.

"Star Wars had come out around the time of Seagull [a play she did with Nichols], and everyone thought I was a horrible actress," Portman recounted. "I was in the biggest-grossing movie of the decade, and no director wanted to work with me."

Mike wrote a letter to Anthony Minghella and said, "Put her in Cold Mountain, I vouch for her." And then Anthony passed me on to Tom Tykwer, who passed me on to the Wachowskis. I worked with Milos Forman a few years later.

The actress, however, isn't the only one who's been helped by Nichols. Portman wrote that Czech director Forman once told her Nichols "saved" him as well.

"He wrote a letter so that I could get asylum in the U.S.," Forman told Portman.

"He did that for 50 people, and it doesn't make any one of us feel less special," she added.

Nichols, who is best known for his work on films like The Graduate and The Birdcage, died of cardiac arrest in November. He was 83. New York Magazine's piece in his honor also includes memories and stories from Robert Redford, Julia Roberts and Eric Idle. 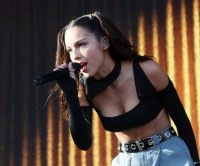 TV // 2 hours ago
'The Wheel of Time' trailer shows Rosamund Pike wield magic as Moiraine
Oct. 28 (UPI) -- "The Wheel of Time," a new series based on the Robert Jordan fantasy book series, is coming to Amazon Prime Video in November.

TV // 3 hours ago
Dan Levy says 'Ew, David' catchphrase will 'haunt' him for the rest of his life
Oct. 28 (UPI) -- Dan Levy discussed the "Ew, David" catchphrase from "Schitt's Creek" and his latest book on the series while appearing on "Jimmy Kimmel Live." 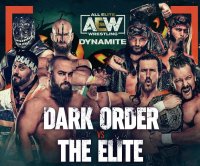