The 55-year-old ex-wife of Prince Andrew, Duke of York, attended the London premiere of 'The Theory of Everything.' 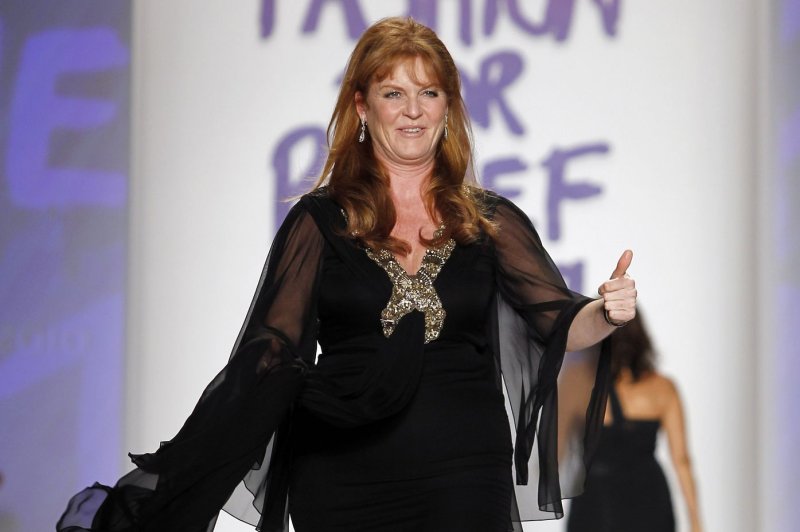 Sarah Ferguson, shown here in 2010, showed off her 50-pound weight loss at the London premiere of 'The Theory of Everything.' File Photo by John Angelillo/UPI | License Photo

LONDON, Dec. 12 (UPI) -- Sarah Ferguson, Duchess of York, showed off her 50-pound weight loss on the blue carpet this week.

The 55-year-old ex-wife of Prince Andrew, Duke of York, attended the London premiere of The Theory of Everything on Tuesday. Ferguson accentuated her figure by wearing a black dress with sheer and lace detail, and accessorized with jeweled pumps and a small clutch.

Ferguson previously told Hello! she dropped the pounds by cutting sugar and following an exercise regime. Ferguson struggled with her weight for years, and endured tabloids calling her names such as the "Duchess of Pork."

"I used to be so angry," she told the magazine in March. "I believed I was never going to lose the weight, that I had lost control. I couldn't fit into any of my clothes. I was just drowning in eating, drowning in food."

Ferguson married Prince Andrew, the second son of Queen Elizabeth II and Prince Philip, in July 1986. She and the prince separated in March 1992, and agreed to divorce in May 1996. The pair have two children, 26-year-old Beatrice and 24-year-old Eugenie.

The Theory of Everything is a biographical film based on physicist Stephen Hawking's relationship with his first wife, Jane Wilde Hawking. James Marsh (Man on a Wire) directed the feature, with Eddie Redmayne as Stephen and Felicity Jones as Jane.

Entertainment News // 12 hours ago
'Fame,' 'What a Feeling' singer Irene Cara dead at 63
Nov. 26 (UPI) -- Grammy- and Oscar-winning singer-songwriter Irene Cara has died at her Florida home at the age of 63, her publicist announced on Twitter Saturday.

Entertainment News // 13 hours ago
Ben Platt engaged to Noah Galvin after 3 years of dating
Nov. 26 (UPI) -- "People We Hate at the Wedding" star Ben Platt has announced on Instagram he is engaged to longtime beau and "Good Doctor" actor Noah Galvin.

Noah Wyle: 'Leverage' character Harry is flawed, but trying to be less so