"You know, I get to hear all the rumor mill stuff," the singer said. "I find it very amusing." 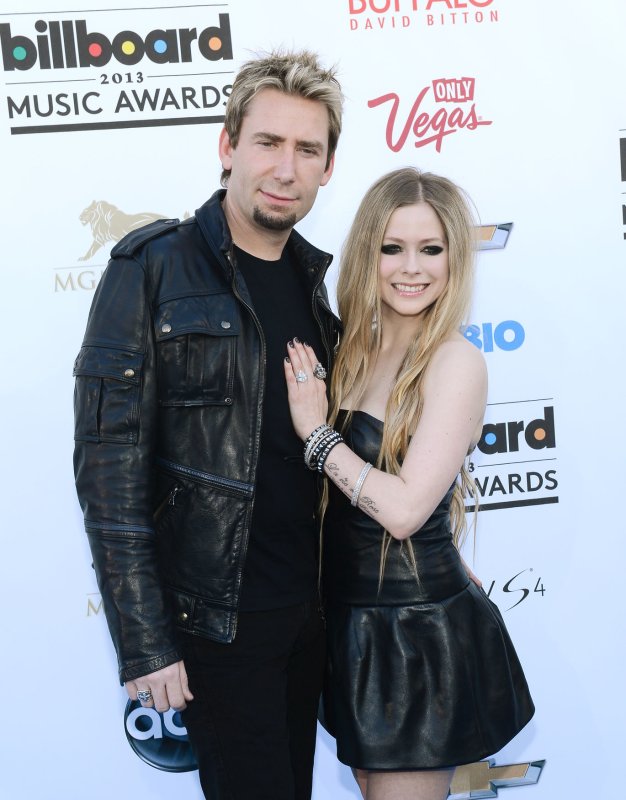 The 39-year-old Nickelback frontman addressed breakup rumors in an interview with ET Canada on Thursday. Us Weekly declared the couple were headed for divorce in September, but Kroeger dismissed the report and said he finds such rumors comical.

"You know, my dad calls me up and he's just like, 'I haven't slept in two days, what's going on?'" he related. "I'm like, 'Dad, you're not buying all this crap, are you?' You know, I get to hear all the rumor mill stuff. I find it very amusing."

"All that stuff that people say behind each other's backs [in high school] is minuscule, pales in comparison to the world of celebrity or being married to a celebrity," he asserted. "It's ridiculous. How many times has Jennifer Aniston been pregnant this year?"

Kroeger and Lavigne have been together since July 2012, and married in July 2013. The frontman gave the 30-year-old singer a 17-carat emerald-cut diamond ring for their one-year wedding anniversary, and said it is normal for either of them to be spotted without their wedding rings.

Kroeger and Nickelback last released Here and Now in 2011, and will debut their eighth studio album, No Fixed Address, on November 17. Lavigne's latest album, Avril Lavigne, was released in November 2013, and includes the singles "Let Me Go" and "Hello Kitty." 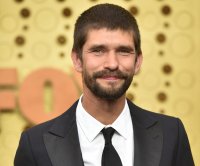 TV // 8 hours ago
'Lovesong': Starz developing new series from 'Vida' creator
May 19 (UPI) -- "Lovesong," a new drama from "Vida" creator Tanya Saracho, is in the works at Starz.

Movies // 9 hours ago
What to binge: 5 movies to watch after 'Senior Year'
May 19 (UPI) -- "Night School," "Billy Madison" and "Never Been Kissed" are a few films about adults returning to school to watch after Netflix's "Senior Year."

Music // 9 hours ago
Twice perform 'The Feels' on 'The Late Show'
May 19 (UPI) -- K-pop stars Twice performed "The Feels," their first English-language single, on "The Late Show with Stephen Colbert." 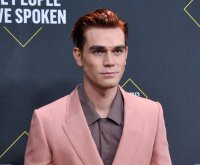 TV // 10 hours ago
'Riverdale': The CW series to end with Season 7
May 19 (UPI) -- "Riverdale," a teen drama starring KJ Apa, Lili Reinhart, Camila Mendes and Cole Sprouse, will end with a seventh and final season.
Advertisement