"Even as a little kid I was thinking about torture," the author says of his first stories.

The 65-year-old author detailed his new killing streak in a forum with author Robert Hobb earlier this week in London. Martin has a well-known penchant for killing off major characters, and it appears the sixth A Song of Ice and Fire book will not escape his notice.

"The way my books are structured, everyone was together, then they all went their separate ways and the story deltas out like that," Martin said. "Now it's getting to the point where the story is beginning to delta back in, and the viewpoint characters are occasionally meeting up with each other now and being in the same point at the same time, which gives me a lot more flexibility for killing people."

A Dance with Dragons, the fifth book in the series, left off with Ramsay Bolton claiming he crushed Stannis Baratheon in the north, the Yunkai attempting to overthrow Daenerys Targaryen with an attack on Meereen, and Tyron signing on to the mercenary Second Sons. The author revealed in June that Winds of Winter will begin with two enormous battles, and said "Tyrion and Dany will intersect in a way." He also teased there is "a lot of stuff happening at The Wall," where Jon Snow was attacked after taking command of the Night's Watch.

A release date for The Winds of Winter has still not been set. A Dance with Dragons was released in 2011.

Music // 53 minutes ago
Seventeen to release new EP 'Your Choice' in June
May 18 (UPI) -- K-pop group Seventeen shared a release date and concept trailer for its mini album "Your Choice."

TV // 1 hour ago
'Feel Good' Season 2 coming to Netflix in June
May 18 (UPI) -- "Feel Good," a comedy-drama created by and starring Mae Martin, will return for a second season June 4 on Netflix.

Entertainment News // 2 hours ago
Naomi Campbell celebrates birth of first child
May 18 (UPI) -- Supermodel Naomi Campbell announced she is a mom to a newborn daughter. 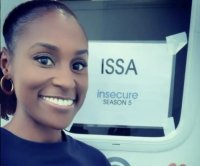