Griffith filed for divorce from Banderas in June after 18 years of marriage. 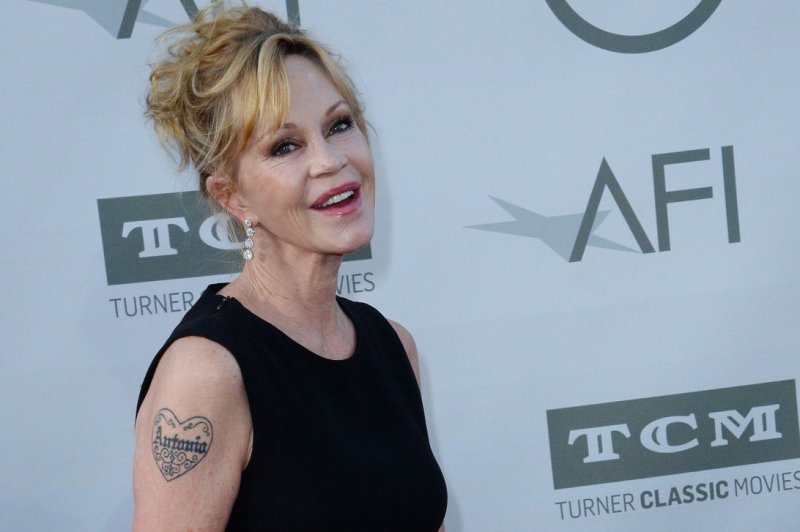 Cast member Melanie Griffith attends the premiere of the motion picture thriller "Dark Tourist", at the Arclight Cinerama Dome in the Hollywood section of Los Angeles on August 14, 2013. The psychological-thriller takes us into the chilling labyrinth of a man's dark hobby - the act of traveling with the intent to visit places of tragedy or disaster and his even darker mind. UPI/Jim Ruymen | License Photo

Antonio Banderas and Melanie Griffith arrive on the red carpet before the screening of the film "Midnight in Paris" during the opening night of the 64th annual Cannes International Film Festival in Cannes, France on May 11, 2011. UPI/David Silpa | License Photo

Spanish actor Antonio Banderas (R), the voice of Puss and Boots in the animated motion picture comedy "Shrek Forever After", attends the premiere of the film with his wife, actress Melanie Griffith in Los Angeles on May 16, 2010. UPI/Jim Ruymen | License Photo

The 56-year-old actress was spotted in Los Angeles with a "Mel" bandage covering her "Antonio" tattoo. The name was drawn on in marker, and the patch included lines that matched up with the heart outline of the tattoo. Griffith covered the tattoo with makeup at the Taorimina Film Festival in June, and began laser removal in early July.

Griffith filed for divorce from Banderas in June, citing irreconcilable differences. The couple married in 1996, and were together for over 18 years. The split is reportedly "amicable," and they have one daughter, Stella, who turns 18 in September. The divorce is Griffith's fourth and Banderas' second; Griffith was previously married to Don Johnson (twice) and Steven Bauer, while Banderas was married to Anna Leza from 1987 to 1996.