Kim Kardashian to make a reported $85 million on new app

Last year Kanye West's wife made a reported $28 million from all her business ventures, according to Forbes.

Sources close to the situation tell TMZ the reality star will receive 45 percent of profits from the game, which is set to gross a reported $200 million on its first year. Kardashian's cut will reportedly be of $90 million and her expenses -- her agent, her mother Kris Jenner and taxes -- will not exceed $10 million.

Last year Kanye West's wife made a reported $28 million from all her business ventures, according to Forbes.

The new game, which allows players to pick different outfits and hairstyles and to "hit the hottest clubs, flirt and fall in love" in an effort to "make the A-list" will require users to pay real money for the items that will get them to the top. 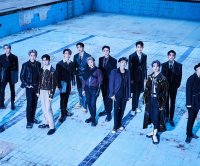 TV // 1 hour ago
'Echo': Disney+ starts production on Marvel series
May 17 (UPI) -- "Echo," a new series starring Alaqua Cox as the Marvel character Maya Lopez, is in the works at Disney+. 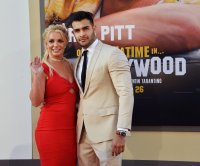 Entertainment News // 2 hours ago
Britney Spears, Sam Asghari 'moving forward' after pregnancy loss: 'It's hard but we are not alone'
May 17 (UPI) -- Sam Asghari thanked fans for their support following news his fiancée, Britney Spears, experienced a miscarriage.

Movies // 3 hours ago
Tom Blyth to play young Coriolanus Snow in 'Hunger Games' prequel
May 17 (UPI) -- "Billy the Kid" actor Tom Blyth will star in the "Hunger Games" prequel film "The Ballad of Songbirds and Snakes."