LONDON, May 20 (UPI) -- Kevin Liverpool and Junior Bradshaw, who were convicted of plotting to murder singer Joss Stone, have successfully appealed to have their minimum sentences reduced.

Both men were sentenced to life in prison last year, after a court found them guilty of a 2011 plot to rob and kill the 27-year-old British songstress. Liverpool and Bradshaw were arrested when neighbors spotted their vehicle driving aimlessly around Stone's neighborhood.

Police found a samurai sword in the car, as well as written plans to murder the singer.

Liverpool, who spent time in jail before the trial, will be eligible to apply for parole in 2017. But the appeals court judge stressed that the ruling didn't mean that Liverpool would be released at that time.

"Far from it. The significance of the minimum term is that it specifies that the Parole Board will only be able to consider for the first time in late 2017 whether the appellant can safely be released," the judge said.

The appeals court also argued that Liverpool's crime -- which caused no physical harm -- did not justify a minimum sentence of 10 years.

Bradshaw was described as a "foot soldier" who had "exceptionally low intellectual capacity."

"He would have realized that the chances of a successful and profitable robbery were so remote as not to be worth attempting," the judge said. 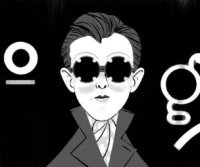 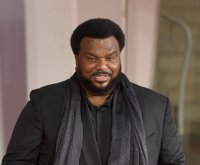 Entertainment News // 16 hours ago
Ed Sheeran tests positive for COVID-19
Oct. 24 (UPI) -- Singer-songwriter Ed Sheeran announced Sunday via Instagram that he has been diagnosed with COVID-19.