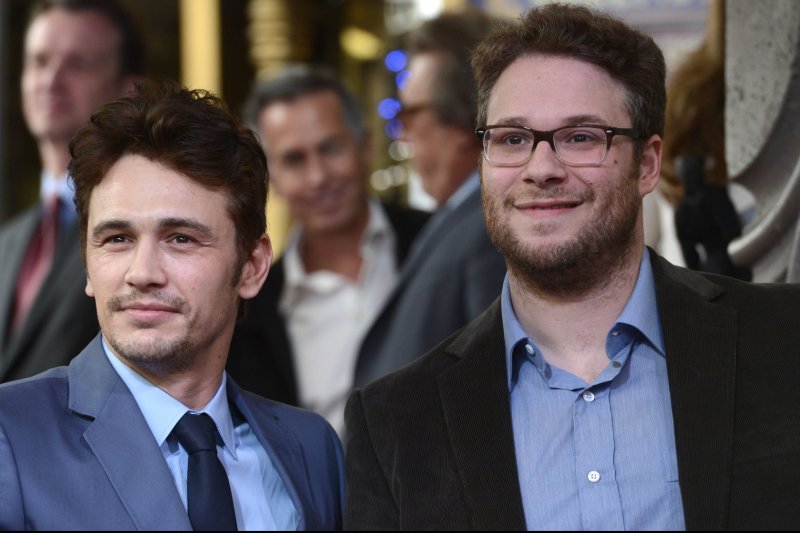 LOS ANGELES, May 1 (UPI) -- Kanye West doesn't always see the humor in jokes made at his expense. But he loved Seth Rogen and James Franco's Bound 2 parody video so much that he invited the comedy duo to perform it at his forthcoming wedding to Kim Kardashian.

"Me and Franco got a call, [West] said he was thinking it might be funny if he performed it at the wedding and we came out on a motorcycle," Rogen told Ellen DeGeneres on Wednesday, confirming Franco's previous claims. "And we were like, 'And then what do we do?’ And then we were all like, ‘I don't know.'"

The Neighbors star said that they decided it "might not be the best idea," but he added that he'd still love to go to the wedding.

“If he wanted me there, I would be there naked, with a shirt off, however he wanted me, on a motorcycle, doing whatever he needed,” Rogen said. “Because I'm a fan. That's just as a fan.”