Vision is an Avenger who possesses the ability to absorb solar energy and discharge the power as optic beams. 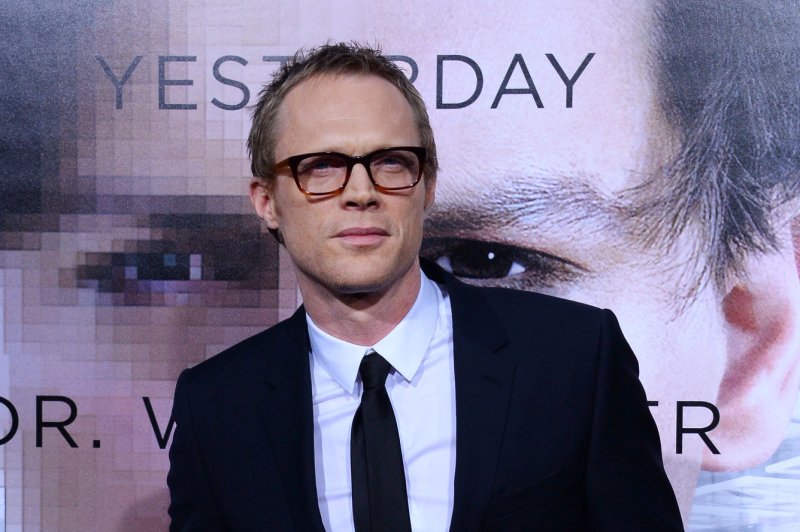 Cast member Paul Bettany attends the premiere of the sci-fi motion picture thriller "Transcendence" at the Regency Village Theatre in the Westwood section of Los Angeles on April 10, 2014 Storyline: A terminally ill scientist uploads his mind to a computer. This grants him power beyond his wildest dreams, and soon he becomes unstoppable. UPI/Jim Ruymen | License Photo

LOS ANGELES, April 14 (UPI) -- Paul Bettany confirmed and discussed his role as Vision in Avengers: Age of Ultron during a recent interview on Jimmy Kimmel Live!.

Rumors that the 42-year-old actor will appear in the film began to circulate earlier this year. The star confirmed the news on Friday when he appeared on Jimmy Kimmel to discuss his new film, Transcendence.

"I can do all sorts of things," Bettany said of Vision's powers. "But I'm not really allowed to talk about them."

"[Studio executives] pick and choose [from the comics]," the actor continued. "It's very exciting for me, but everything is a double-edged sword. I was playing Jarvis [in the Iron Man movies] for years and my job was to turn up at a recording studio for forty-five minutes, do all my stuff, and then they'd give me a huge bag of cash and then I got home."

"Now it turns out they found me out and want me to actually do something," he joked.

The character Vision is an android who possesses the ability to absorb solar energy and discharge the power as optic beams. He can also manipulate his density in order to become intangible, or to provide himself with superhuman strength.

Avengers: Age of Ultron debuts in theaters on May 1, 2015. Paul Bettany will next appear in Transcendence with Johnny Depp on April 18.

TV // 16 hours ago
Empowering 'She-Hulk' role made a 'real fighter' out of Jameela Jamil
NEW YORK, Aug. 16 (UPI) -- Jameela Jamil says she was surprised by how physically challenging and empowering her "She-Hulk: Attorney at Law" character would become.