Kesha appears at Petty Fest for her first performance since rehab

Kesha has not released any new details on her upcoming third studio album.

Petty Fest honors the music of Tom Petty, and Kesha surprised audience members when she stepped on stage to cover "Free Fallin'" during the event. The 27-year-old singer took the microphone to audience applause, and proceeded to give an impromptu and emotional rendition of the song.

The performance was Kesha's first since she left rehab in early March. The star had willingly admitted herself to a facility in January to seek treatment for an eating disorder.

"I'll be unavailable for the next 30 days, seeking treatment for my eating disorder," Kesha told People before she entered rehab. "To learn to love myself again. Exactly as I am."

"I'm a crusader for being yourself and loving yourself but I've found it hard to practice," the singer confessed.

Kesha made her first red-carpet appearance since rehab at the Humane Society of the United States' 60th Anniversary Gala at the end of March. The star had announced her intent to make new music in a tweet earlier that month, but no other details about the album have been released.

Music // 2 hours ago
Seventeen shares 'Your Choice' highlight medley
June 14 (UPI) -- K-pop group Seventeen released clips of "Ready to Love" and five other songs from its EP "Your Choice." 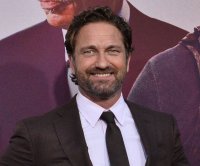 Music // 3 hours ago
Kiss to resume 'End of the Road' tour in August
June 14 (UPI) -- Kiss announced new dates for its "End of the Road" world tour, its final tour as a band. 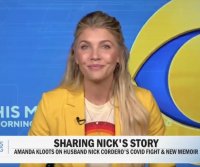