Letterman announced his retirement Thursday night after over twenty years on the "Late Show."

Stephen Colbert, host of The Colbert Report on Comedy Central, testifies before a House Judiciary Committee Immigration, Citizenship, Refugees, Border Security, and International Law Subcommittee hearing regarding migrant farm workers and the agricultural industry on Capitol Hill in Washington on September 24, 2010. Colbert was invited to testify after he spent one farcical day as a farm laborer which he said was much harder than punditry. UPI/Roger L. Wollenberg | License Photo

Actor and television host Stephen Colbert, left, and Evie Colbert arrive at a state dinner hosted by U.S. President Barack Obama and U.S. First Lady Michelle Obama in honor of French President Francois Hollande at the White House in Washington, D.C. on February 11, 2014. Obama and Hollande said the U.S. and France are embarking on a new, elevated level of cooperation as they confront global security threats in Syria and Iran, deal with climate change and expand economic cooperation. UPI/Andrew Harrer/Pool | License Photo

Writer Stephen Colbert holds the award he won for "Outstanding Writing for a Variety Series - .The Colbert Report" at the 65th Primetime Emmy Awards at Nokia Theatre in Los Angeles on September 22, 2013. UPI/Danny Moloshok | License Photo

Letterman announced his intent to retire on Thursday after over twenty years on the Late Show with David Letterman. No specific date has been set for the host's departure, but it will most likely be some time in 2015.

Sources familiar with Letterman and Colbert tell Mashable that the Colbert Report host is at the top of the CBS list to replace Letterman. No formal agreement has taken place, but insiders say Colbert spoke to network executives while Letterman was deciding when he should retire.

Colbert is under contract at Comedy Central until the end of 2014. Sources say the host would leave behind the conservative persona he assumes for Colbert Report if chosen to replace Letterman. Other candidates are rumored to include John Stewart, Neil Patrick Harris and Craig Ferguson.

David Letterman announces retirement George W. Bush debuts his paintings of Putin, other world leaders Hugh Jackman may not return for 'Wolverine 3', wants Channing Tatum to replace him Daniel Radcliffe says 'Harry Potter' was an 'amazing springboard' for his career 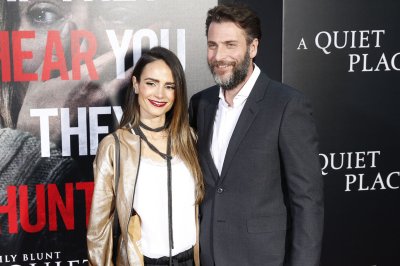